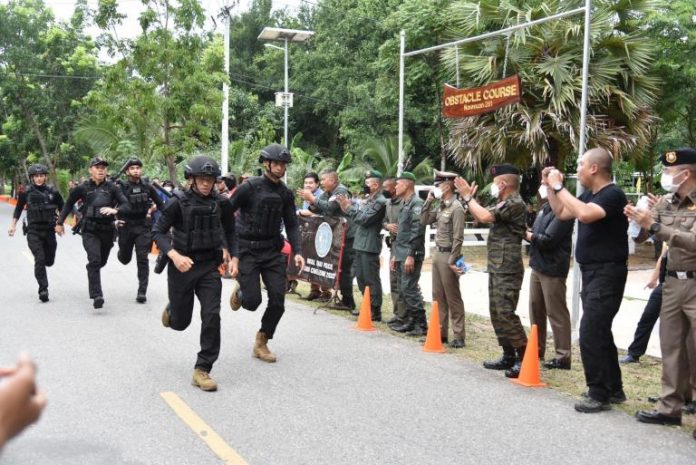 Special Weapons and Tactics police (SWAT) are competing in the SWAT Challenge 2022, which is being held at the Naresuan Camp in Cha Am.

The competition is divided into five stages based on tactical operations, beginning with (1) movement, (2) assault, (3) sniper, (4) combined assault and sniper actions, and (5) movement over obstacles.

The event in Cha Am follows the guidelines from the annual SWAT Challenge which is held in Dubai, which sees over 30 SWAT teams from 24 countries compete.

On Monday (May 30), teams completed the movement stage, which requires units to move through a course at speed.

The Hanuman unit is the SWAT unit of the Royal Thai Police and was set up in 2019 to replace the police commando unit.

Officers in Hanuman are well equipped with both light and heavy weaponry. Some members of Hanuman have received special training in the United States from the FBI.

The SWAT Challenge 2022 in Cha Am is being held until June 4.