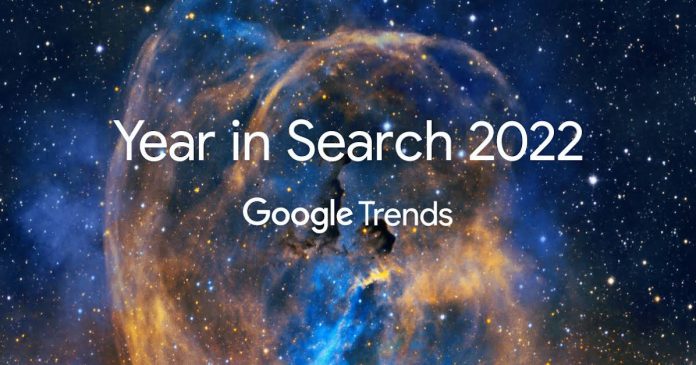 Curious to find out what other people in Thailand were searching for in 2022? Google has put out its annual report.

December is the time of year when people look back on the past twelve months, and Google has done exactly that with its 2022 Year in Search report.

The tech company released the list to highlight the top trending searches in Thailand and across the world over the previous year.

Google builds its lists by identifying top trending search queries, which are searches that have a high spike in traffic over a sustained period compared to last year.

In Thailand, government aid and stimulus schemes were among the most searched words for the fourth consecutive year.

And while the pandemic is over in most locations and with the COVID-19 situation improving considerably in 2022, the aftermath continues to impact people’s daily lives, which could go someway to explaining why the government’s various financial assistance packages continue to top the searches of people in Thailand.

Ranked first in Thailand’s top-10 searches was “State welfare card”, as people continued to try and deal with the economic impact of COVID-19 and the rise in the cost of living.

Second were searches for the actress Nida Patcharaveerapong, better known by nickname Tangmo, who died in February after falling from a speedboat in the Chao Phraya River. Tangmo’s death dominated news coverage for weeks.

Thai police ruled that no foul play was involved in Tangmo’s death, but pressed charges against six people for “recklessness” and the involvement in her death. Under the scheme, the government covered 50 per cent of bills for food and basic necessities when paid via the Pao Tang app at participating shops. The subsidy was capped at 150 baht per day at a total of 800 baht per person.

“Tai Lar” (The Giver), a popular Thai drama series was the fourth most searched for term in 2022, followed by Indian film “Gangubai Kathiawadi”, which is the story of a young girl sold into sex slavery who rises to own a brothel and procure rights and protections for sex workers in Mumbai, India, in the 1950s and ’60s.

‘​​Botnoi Voice’ a web application for creating voice from text (Text to Speech) powered by AI that teachers and students use in teaching and learning, which ranked sixth.

In addition, Thais were searching for news related to the mass shooting at the children’s centre in Nong Bua Lam Phu province in October.

Thais also followed news on global events, such as the conflict between Russia and Ukraine and “Itaewon News,” a tragedy that occurred in the heart of Seoul.

With the improvement in the COVID-19 situation in the country, more Thais started traveling and this corresponded with Google Trends data, the company said.

According to Google, searches for “travel” increased 53% in 2022 compared to the same time a year previously. The most searched for destinations were Bangkok in first place, followed by “Suphanburi”, “Hua Hin”, “Chiang Mai” and “Rayong”, which ranked in second to fifth place, respectively.

Regarding international travel, destinations that are a relatively short flight from Thailand were the most searched for. Ranked first was Singapore, followed by Vietnam and Laos. In fourth and fifth place respectively were Japan and Korea.

Google said Thais used Search to find out about different “methods”. In this category, “ATK test method” was the most popular search, followed by “How to register for a state welfare card” and “Covid treatment method” in second and third, respectively. “How to Play the Rubik’s Cube” and “How to Make Mango Sticky Rice” were also included in the list this year.

Globally, Google’s Year in Search report also found that the popular online game Wordle was the most searched for term overall. Searches for the game were found to have peaked in February, a short time after it was bought by the New York Times.

The second most searched for term of the year globally was “India v England” after the two countries faced one another in the Cricket World Cup.