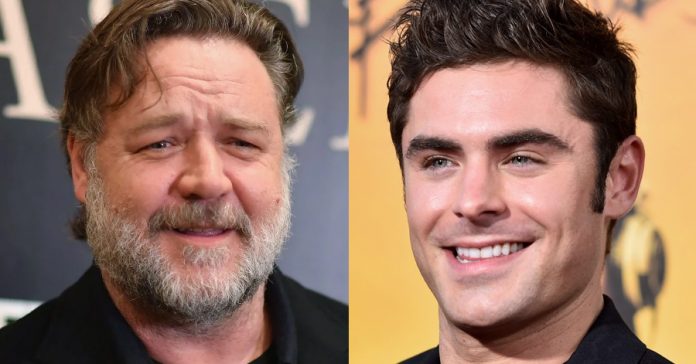 Scenes for the upcoming movie The Greatest Beer Run Ever, staring Russell Crowe and Zac Efron have been filmed in Hua Hin.

You may have noticed the scores of buses parked outside Hua Hin Airport during the week.

But instead of transporting tourists, the buses have been used to transport extras and crew involved in the filming, which took place between 19-21 October.

The movie, which is an adaptation of the book The Greatest Beer Run Ever: A True Story of Friendship Stronger Than War is set in Vietnam, but filming is actually taking place in Thailand, including at Hua Hin Airport.

The movie is being produced by Skydance Media for Apple TV+ and is directed by Peter Farrelly who most recently won Best Picture Oscar in 2018 for the movie Green Book.

The movie tells the story of the story tells of John “Chickie” Donahue (who co-authored the book with Joanna Molloy) as he leaves New York in 1967 to track down and share a beer with his childhood buddies who are in the army fighting in the Vietnam War.

It is not known whether Russell Crowe or Zac Efron were involved in the filming at Hua Hin Airport.

Both Crowe and Efron have taken to social media recently to share their arrival in Thailand.

Crowe has been in Thailand for a number of weeks having entered via the Phuket Sandbox scheme. He was accompanied by his friend Welsh former international rugby union player, Sam Warburton.

He has since take to Twitter to share his observations and some of the quirks he has seen during his stay in Bangkok.

Crowe has also spoken fondly of the welcome he has received in Thailand.

Most recently he visited Jay Fai Restaurant on Maha Chai Road, which was awarded a Michelin Star in 2017 for her famous crab omelette.

Meanwhile Zac Efron took to Instagram to say how he “Couldn’t be a happier moment in my life” as he celebrated his birthday in Thailand.

The post resulted in Government spokesman Thanakorn Wangbunkhongchana thanking the US heartthrob for his positive comments about Thailand.

An official release date for the The Greatest Beer Run Ever is still to be announced.