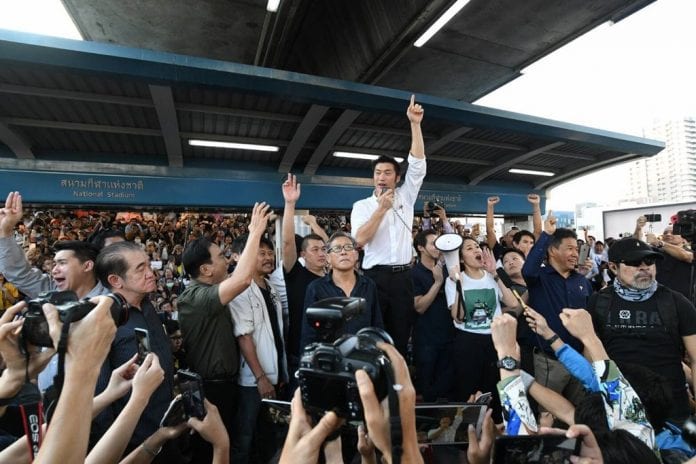 Protesters, from both sides of the political camp turned up in two different parts of the capital yesterday for their respective political rallies.

Organiser of the anti-regime “Wing Lai Lung”, Tanawat Wongchai, told the crowds at Suan Rot Fai in Chatuchak, a northern suburb of Bangkok, that the run marked the start of the campaign to oust Thai PM Prayut Chan-o-cha.

He also foreshadowed another run to be held in Chiang Mai early next month.

The anti-government event organisers claim the protest drew 13,000 participants including key figures from the opposition and other political activists. 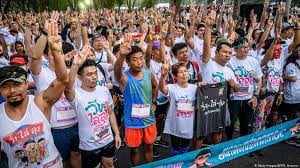 She claimed the large turn-out yesterday morning was “highly indicative of increasing political awareness about the regime’s prolonged grip on power”.

“I’m here to show that we’re fed up,” said Paphatsara Netsang, a Thai living in Singapore, but flew in to Bangkok for the rally.

“Nothing has changed. Everything is still the same. There’s no economic improvement.” 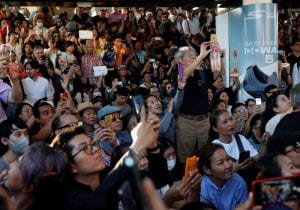 Meanwhile, across the city at Lumpini Park, thousands of people gathered to show support for the prime minister another gathering called “Dern Cheer Lung” (Walk In Support of Uncle).

52 year old Thitimon Cottan, a state enterprise employee, told reporters she joined the rally because she wanted Gen Prayut to continue serving the country. She said the PM “brought back peace and order after political unrest, and that he had made many contributions toward the betterment of the country”.

The number of participants ranged from dozens to hundreds and the runs were said to be closely monitored by the police. 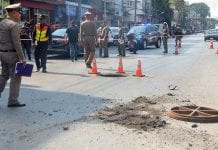