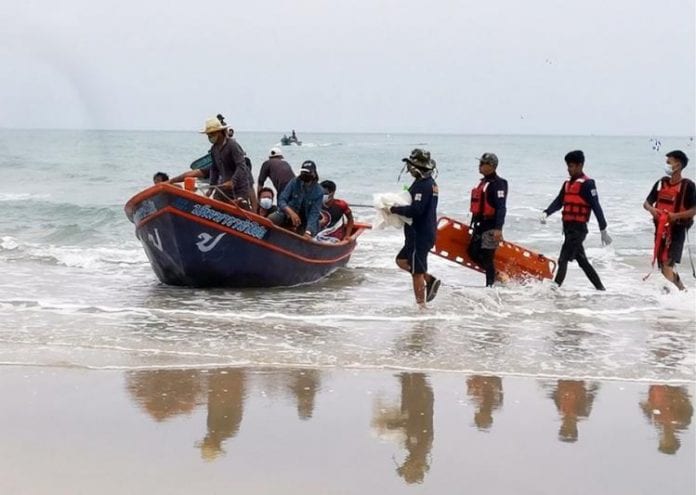 Two girls drowned while swimming in the sea at a beach in Prachuap Khiri Khan on Saturday.

The two sisters aged 9 and 13 got into difficulty while playing in the water in the Saphan Pla area of Huay Yang in Thap Sakae.

The sisters had been playing with their 11 year old brother, who managed to swim to safety and raise the alarm.

A large scale rescue mission was launched with the body of eldest girl discovered in water near Wat Samut Tharam temple at approximately 8.30pm on Saturday night.

The body of the second girl was found on Sunday following resumption of the rescue mission.

According to the boy, the siblings had been staying with their mother, who lives locally, since Songkran and had visited the beach everyday.

However, on Saturday, the boy said a strong current had taken hold of his sisters, with him being the only one who was able to swim to shore.

Drowning is the leading cause of death among children aged under 15 in Thailand.

According to the Ministry of Public Health, approximately 4 children per day or 1,500 children per year die from drowning in Thailand.

Most drownings occur between the months of March to May, which typically are the school holidays.

Last month, three boys aged between 5 and 7 drowned while playing in a ditch near a fruit orchard in Bangkok.

Witnesses said how the boy had got into difficulty when the man entered the water to try and save him but was also swept away.