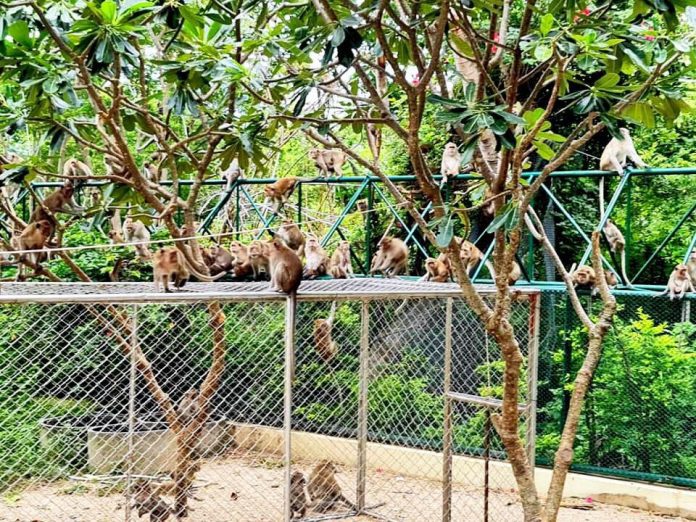 Hua Hin Municipality has ordered the mass sterilisation of hundreds of macaques in Hua Hin.

The municipality hopes the accelerated sterilisation will control the macaque population and reduce the problems the animals cause the local community.

On Monday (Aug 16) Mr. Jeerawat Prahmanee, Permanent Secretary of Hua Hin Municipality along with the conservation officials, oversaw the removal of some of the macaques from Hin Lek Fai.

The macaques were taken to Hua Hin Dog Conservation Center to be sterilised. Officials, who say this is the fourth sterilisation project of macaques undertaken in Hua Hin, aims to sterilise 600 of the animals before the end of the year.

Once sterilised, officers mark the macaques so vets can easily tell where the animals were captured and the sex of the animal.

According to a recent survey, there are now more than 3,000 macaques in the area.

However, since the coronavirus pandemic, and presumably due to the lack of tourists feeding them, locals say the macaques are hungry, aggressive and have even been wrestling food from terrified residents.

Since 2017 the municipality has sterilised more than a thousand male and female macaques.