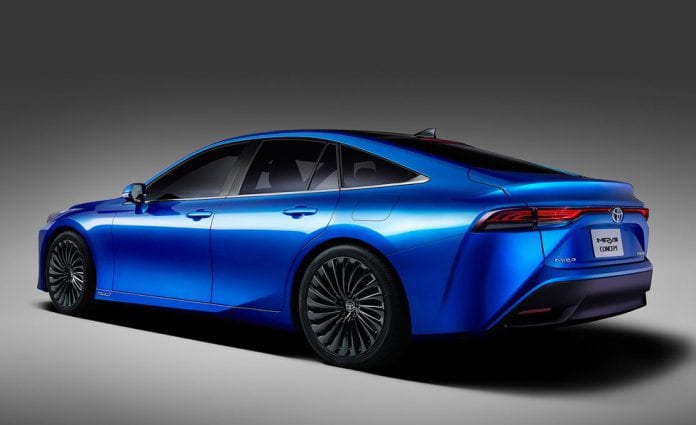 Toyota says the 2021 Mirai will have a 400-mile range thanks to a more efficient fuel-cell stack.

The fuel-cell sedan changes to rear-wheel drive go down 20 percent in price as Toyota looks to explode its sales tenfold.

Toyota’s Mirai hydrogen fuel cell (FCEV), like all vehicles, powered by the most overflowing chemical substance in the universe, is a bit of a curveball in what we’ve come to expect from the future of driving.

While gas-powered vehicles dominate the market EVs are expected to grow market share and eventually become the dominant means of transporting ourselves around town. FCEVs do offer the best of both of those worlds, plus quick refueling and a much smaller carbon footprint but the refueling infrastructure hasn’t materialized.

But Toyota and other automakers including Hyundai aren’t about to give up so here we have the stylish 2021 Toyota Mirai, a vehicle with improved range, more horsepower, near 50/50 weight distribution, and now rear-wheel drive.

Toyota is hoping that all these updates will lead to a tenfold increase in global sales of the vehicle and is also promising it will be 20 percent cheaper than the 2020 model, which starts at $59,545, although Toyota hasn’t announced specific numbers yet.