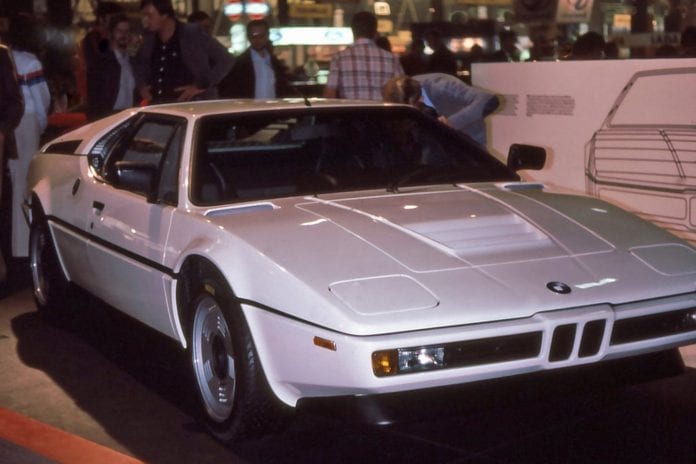 From BMW’s iconic racing program in the 1960s and 1970s, “BMW M” has become an integral part of the German car-maker’s market presence featuring specially modified higher trim models well-known to and beloved by the general public.

Since the official launch of the first M-badged car for sale to the public, M1, revealed at the Paris Motor Show in 1978, BMW’s M series has evolved into a world-class household name and one of the most sought-after sport cars in the automotive industry.

This enviable reputation is surely not a castle in the air as BMW M is heavily invested in endless development and superior sport driving pleasure. BMW M vehicles typically used manuals and semi-automatic transmissions with the most recent type being a dual clutch transmission.

BMW M engines were traditionally large displacement, naturally aspirated, high revving engines. That especially goes for the S85 V10 in the BMW M5 E60 and BMW M6 E63. These are one of the most powerful engines BMW has ever built without supercharging or turbocharging, with an output of 100 horse power per litre of displacement, and each has won numerous International Engine of the Year Awards.

Meanwhile, BMW M always seems to be at the forefront of world trends – the core reason it remains among the leaders of the sport car universe. For example, in the late 2000s, BMW M saw the importance of reducing carbon dioxide emissions and fuel consumption. So it discontinued further development of naturally aspirated high redline engines. Instead, in 2007, BMW M debuted the N54 twin-turbo inline-6 in the 335i E90.

The design gives almost equivalent performance to the E46 and E90 iterations of the BMW M3. It’s also much more practical and fuel-efficient as a daily drive. Currently, BMW M cars feature a twin-turbocharged straight-6 engine.

It is remarkable how BMW M has managed to constantly improve and foster great innovations throughout its long history. This has caused its value to keep rising as demand from true fans of premium sports cars to possess a part of the BMW M legacy continue to grow. It is therefore technically accurate to say that BMW M offers both rewarding driving experience and lucrative investment returns.

In August, an auction by the Customs Department featured a 2003 BMW M3 E46. Despite its questionable condition – the engine didn’t start, the fuel system was out of order and the fuel pump was broken – it attracted a top bid of 3.9 million baht with a clamour of voices in the background. Another recent case was the auction of the BMW M3 Lightweight E36, formerly owned by the late actor Paul Walker, sold at 12 million baht.