Year-in through year-out, Bangkok constantly suffers the same old problem. It’s the releasing of carbon monoxide fumes by millions of vehicles into the air, those old diesel engines, and, people burning too many incense sticks… what? That’s right; it’s actually contributing to Bangkok’s poor air quality at one stage in 2019 during Chinese New Year between, January and February.

Each year from December to April, the skies of the city capital becomes grey with smog and haze, and some days, Bangkok tops the list as one of the worst cities in the world for air pollution during these months.

But why is it?
Two main factors are involved here. Firstly, the annual monsoon, as the airflow swirls around in the end of November from a south-west airflow pattern, sweeping moist air out of the Indian Ocean into Thailand, to a north-east airflow where drier air is swept down from the mother continent.

Secondly, that change of the monsoon also coincides with the annual ‘burning season’ where farmers burn off their harvested plantation… mostly rice, corn and sugar. And most of these plantations are to the north and north east of Bangkok.

For reasons, probably mostly commercial, the Thai government has been restrained to directly address the annual burn off season, saying that they’re going to crackdown on illegal burning, but never following through with effective enforcement.

Instead, poked by the media, the government uses its ‘public relations’ tactic and invite the media to take photos of water cannons blasting thousands of litres of valuable water into the sky, and does exactly nothing in addressing the pollution problem.

The problem actually in Bangkok is that it has little to do with the traffic, buses and local industries. Although it’s undoubtedly a contributor to the crisis, it’s only a fraction of the bigger, deliberately lit, plantation fire issues.

A long term solution is to support financially proper machinery for local farmers when clearing the land, rather than the cheaper method of burning off the crops. Districts could as well share the cost of the necessary machinery, with individual farmers and companies hiring the equipment when needed, for example.

Nowadays, it’s easy to track all the fires active, identified in real time and recorded by modern weather satellites. There are plenty of weather-monitoring websites that anyone can log onto… even for the Thai authorities, so to say. You can even monitor the active fires in nearby Southeast Asian countries as well, but a large concentration is evident in Thailand’s central, northern and north-eastern regions.

Sooner or later, the government and relevant officials will reluctantly ‘take the bull by the horn’ and admit that the annual pollution problem is what it is – just another ‘red tape’ or a cover up to protect large and powerful multi-nationals and their agricultural pursuits.

Not until these issues are honestly tackled, most of the heavily affected parts of the country will continue to suffer from this yearly dangerous public health issue. 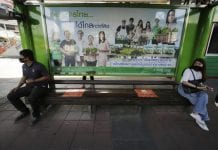 Thais’ hope begin to diminish fearing that luck is running out 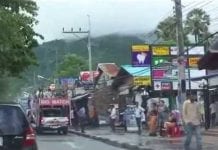 Readers react to Phuket’s Destruction Letter to the Editor 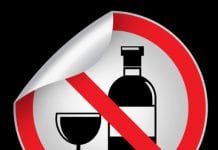 Bangkok booze ban is the last thing we need