The condominium market in Cha-am and Hua Hin showed positive signs during the first three quarters of 2018 following a slowdown over the past few years, says Phanom Kanjanathiemthao, Managing Director of Knight Frank Thailand.

Between January and September 2018, 1,041 new condominium units were added to the market, an increase of 164% from the same period a year earlier, a study by Knight Frank Thailand found. All of the new supply is located in the heart of Hua Hin, including two major projects rising on Phetkasem Road, and is being offered by major developers from Bangkok. Of all the new projects developed since 2012, only 35% have sea views, being situated on or not too far from a beach.

Land near the sea in Cha-Am and Hua Hin is difficult to find and becoming increasingly expensive. Developers have turned their attention to developing projects in the city, focusing on convenient locations as their selling point. They have also positioned their projects to better meet the needs of buyers. Unit sizes, configurations and common spaces all emphasize greater functionality, while still offering the feel of a resort destination. On the demand side, the average sales rate for new projects launched in the first nine months of 2018 was 75%. The main factors influencing sales included the aforementioned selling points, coupled with the reputation of the developer, which also is an important point to attract buyers.

The key buyers in Cha-Am and Hua Hin are still Thais who are looking for vacation homes or investment units to rent out, as opposed to speculative buying in both the short and long term. The average asking price for units launched from January to October 2018 was 96,000 THB per square metre, a decrease of 9% from the same period a year earlier. This was because the new projects are in a lower market segment and in less desirable locations inland from the sea. It was estimated that another 200 to 300 units came on the market in the final quarter of 2018. This is considered a good outcome in terms of maintaining a market balance after the recent recovery from the slowdown. The market may be negatively affected by more stringent mortgage lending requirements imposed by the Bank of Thailand and scheduled to take effect from April 1. In particular, banks will require proof of higher down payments from borrowers seeking a second or subsequent mortgage. Knight Frank Thailand expects that this policy could directly affect the decisions of some Thai buyers who wish to buy real estate in Cha-am and Hua Hin for a holiday home or as a rental investment. 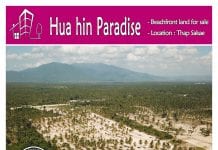 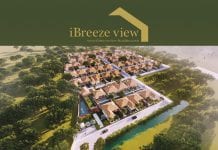 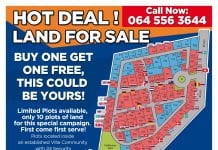