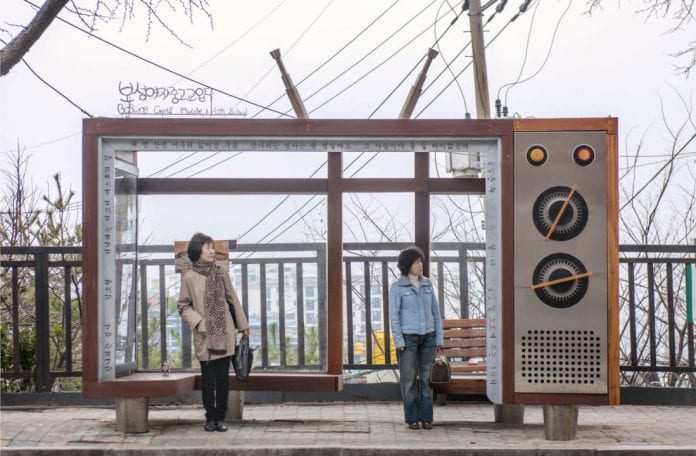 From stony-faced commuters in communist Poland to a Seoul bus stop built to resemble a television set, his seemingly innocuous images document the evolution of fashion, architecture and transport over the decades.

But the German photographer says he has only identified two major shifts in the way people wait: 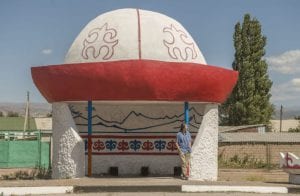 We smoke less and read fewer physical books. Otherwise, his pictures demonstrate something universal about the reflection, boredom and distraction that unfold in transit around the world. This side of the century there are far more cellphones, too.

“I can see something about their character,” Leistner said in a phone interview of his unwitting subjects. “There’s this surrender to destiny — you can’t do anything else but wait.”

Leistner’s previous publications include an exploration of the architecture of German public baths and comparisons of life in North and South Korea. He captured his first images for his waiting passenger series in 1978. Since then, he has been taking them in locations around the world, while on vacation or other photographic assignments. 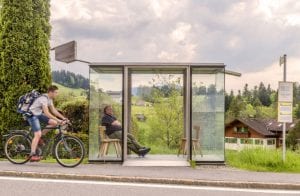 More than 50 of his images have been now published in a book, “Waiting: People in Transit,” featuring shots from as far afield as Seychelles, Switzerland, China and Kyrgyzstan. As an architectural photographer, Leistner has a keen eye for distinctive backdrops. The transit stops in the collection range from the grand and sculptural to the charmingly ramshackle. But he is just as concerned about how people act — and interact — during these mundane, unguarded moments.

In Argentina, the photographer found that people “have great fun” at bus stops, while in the Czech Republic “lots of people still read” and in North Korea “no one speaks.” Yet certain patterns, beyond the decline of smoking and the rise of smartphones, have also emerged. 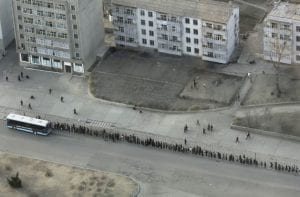 “The more developed a country is, the less people talk to each other — people seem to be busy with their own things,” said Leistner, who also serves as emeritus professor of photography at the University of Würzburg-Schweinfurt. “They go faster in big cities and don’t have so much fun,” he added.

Of course, there’s one person the photographer hopes his subjects never interact with as he finds vantage points on platforms or sidewalks opposite them — him. “If they look at the camera, it’s over.” 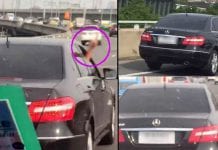 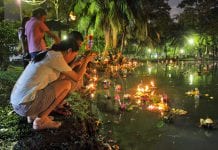 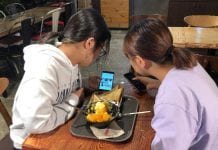