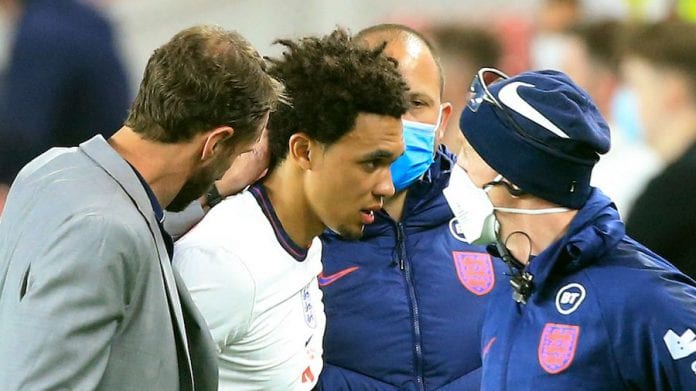 (Xinhua) — Trent Alexander-Arnold has withdrawn from England’s Euro 2020 squad after sustaining a thigh injury on Wednesday, announced Premier League side Liverpool on Thursday.

England manager Gareth Southgate announced Tuesday the Three Lions’ 26-man squad for this summer’s European Football Championship with Alexander-Arnold as one of the four right-backs.

The 22-year-old Liverpool defender started in England’s 1-0 friendly against Austria at Wembley Stadium on Wednesday but was substituted in the 88th minute after sustaining a thigh problem.

“Alexander-Arnold subsequently underwent a scan on Thursday that confirmed the injury will prevent him from participating in the European Championship, which begins next week,” read a statement released by the Reds.

England’s EURO 2020 campaign will start on June 13 with the match against Croatia at Wembley in London. Then the Three Lions will face Scotland and the Czech Republic at the same stadium.