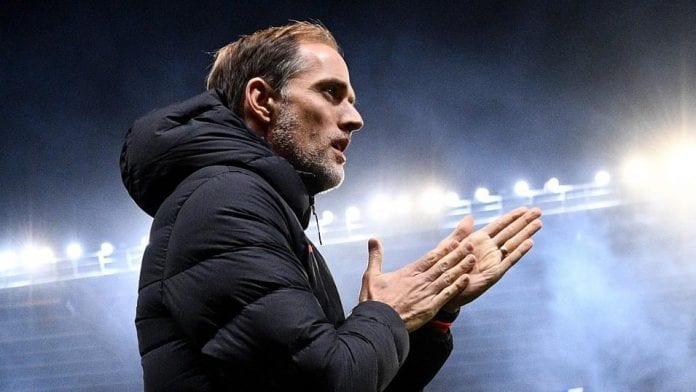 (Xinhua) — German coaches continue to leave their mark in the UEFA Champions League.

Following the example of Jurgen Klopp (Liverpool 2019) and Hansi Flick (Bayern 2020), Thomas Tuchel (Chelsea 2021) completed the triumphal march of coaches raised in German football over the past three years in the Champions League after he led Chelsea to win the UEFA Champions League on Saturday night against all the favoritism of the also English team Manchester City.

Zidane announced his departure from Madrid after several disappointments; Ancelotti is coaching Premier League side Everton; Mourinho recently joined Italian side AS Roma. Everton and Roma are far from being seen as candidates to win the Champions League.

47-year-old Tuchel seems to have triggered a new age of coaches making their way up to glory.

The Blues coach won his first international title one year after he failed to win the 2020 Champions League final with Paris Saint-Germain against Bayern. He became the first coach to reach the final with two different clubs within 24 months.

The former Mainz and Dortmund coach entered the elite circle of world-class coaches made in Germany after only 123 days in charge of Chelsea.

Klopp won Liverpool’s first league title for 30 years in 2020. The former Dortmund coach achieved his club’s Champions League participation again despite a devastating wave of injuries in a nail-biting season finish in the 2020/21 season.

Flick turned struggling Bayern into a winning side within a few months, ending up with seven titles in only 19 months on Bayern’s bench.

Flick also became the only coach to win six titles in one season after Guardiola, who did so in 2009 when coaching Barcelona.

After departing Bayern and joining the German national team after the delayed Euro 2020 tournament, the road to glory seems well-paved for the next promising German coach such as Julian Nagelsmann, Flick’s successor at Bayern.

In December, PSG sacked Tuchel after losing faith in its coach; only five months later, he topped his career, counting on German internationals Timo Werner, Antonio Rudiger, and Kai Havertz.

Former Bayer Leverkusen player Havertz became the first player to score his first Champions League goal in a final since Ilkay Gundogan did so for Dortmund shirt in 2013.

Tuchel seemed overwhelmed talking about his career highlight. “Things turn around in my head. My kids are around; my wife, parents; my 90-year-old grandma is watching at home. Thinking about it makes me cry,” the Blues coach stated.

“We felt it today, we felt it yesterday and the day before – we are the stone in the shoe of Manchester City,” he added.

Chelsea wasn’t seen as one of the Champions League favorites when appointing the German coach. When Tuchel took over, the side ranked ninth in the English league, far off continental glory.

Tuchel’s development and self-reflection, aside from his gained experience at Dortmund and Paris, has turned the man formally seen as a tactical nerd and complex character, into one of football’s most valuable coaches continuing the German era in the Champions League.