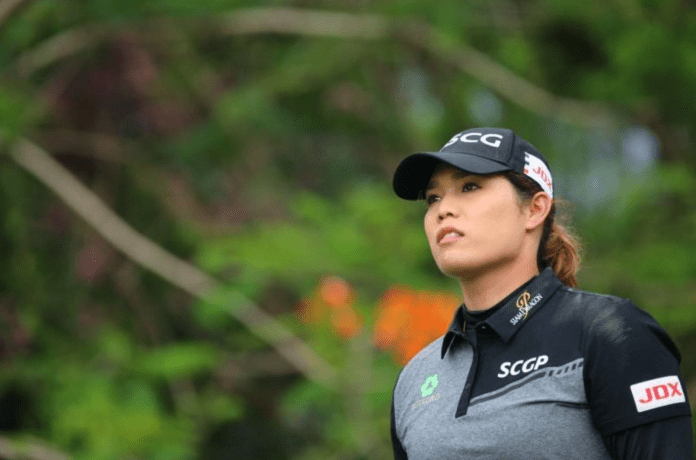 It came down to the 72nd hole of the Honda LPGA Thailand.

But before talking about the final hole, you have to begin before the 55th. Starting five strokes back of Patty Tavatanakit’s -18 lead, Ariya Jutanugarn turned to her mental coaches Pia Nilsson and Lynn Marriott.

“Today is Pia’s birthday, and I talked to them and I’m like, you know, I hit my iron like everywhere. I miss the putt. I mean, I feel like so tough for me. What should I do?” said Jutanugarn. “They’re just like, How about you just go out, have good commitment, and not thinking about the outcome. So can you do that for my birthday present? Okay, I will try harder.”

Jutanugarn, in the third-to-last grouping, did just that, recording three consecutive birdies in her opening holes, and closing the front nine with a 30 while hitting every green and fairway. “I want to say honestly (I felt confident) after first hole, because, you know, like the green is pretty narrow 1st hole, and normally I’m going to be struggle to hit it on the green because I not really have good commit,” said Jutanugarn. “I’m thinking about miss the shot, but somehow today I’m not thinking about miss the shot and I hit it so good on the green, two-putt, birdie. And second hole I miss my second shot and make long putt, and third hole I hit it like this close. I’m like, you know what, today is going to be good day because I just have to keep do what I have to do, keep commitment.”

Jutanugarn closed with a final-round 63, her lowest 18-hole score since the recording a 62 at the Meijer LPGA Classic. Sitting with the lead at -22 as the final two groups took on the 18th, the horns rang out at 2:47 p.m., causing a delay for over an hour due to inclement weather. Waiting in the 18th fairway was 18-year-old Atthaya Thitikul in the final grouping, who needed an eagle to win or a birdie to force a playoff. When play resumed and she finally landed her approach to the green, a three-putt on the final hole meant Jutanugarn had earned her first victory in 1,507 days.

“On the putting green I wanted to watch how they play so bad. I want to know because I feel like I have to go playoff anyway, but my caddie stop me by doing that,” said Jutanugarn, who sat through the weather delay with her sister, Moriya. “He’s like, You watch or you not watching them play the result not going to change. How about you just putt and practice? And I’m like, Okay, I do it. So I putt, keep putt, and he walk to me and give me a hug, so like, oh, I win the tournament.”

Jutanugarn becomes the first Thai player to win in her home country on the LPGA Tour, a moment not lost on the 25-year-old. “It just feels so good, not only for Thai player to win, but I would say I have really tough time last two years. I’m thinking about like, you know, I don’t know how many time I told my psychology, like, you know, what I want to rest, no more. I want to stop for a while. “Every time when I look at all the kids and I want them to — give them inspiration. So I feel like you know what, don’t give up. Do your best. Try harder. Keep trying. One day you will get it.”

Thitikul closed with a 68 to ultimately finish at -21 in solo second, her career-best finish on the LPGA Tour. “You know this is like my new experience having so pretty close with the win (on the LPGA Tour), but I just last putt I just feel like, okay, give me a good one and do my best that I can,” said the five-time Thai LPGA winner. “And, yeah, you know, like I’m already proud of myself that I am do the best that I can.”

54-hole leader Tavatanakit faded from the top after bogeys on No. 6 and No. 9 wiped out the three birdies she had made on Nos. 3, 5 and 7. A double bogey on No. 12 further derailed the major champion, but two closing birdies left her in a tie for third place with So Yeon Ryu, Amy Yang and Angel Yin at -20.

Chella Choi and Hannah Green finished in a tie for seventh at -4, with Green notching her third-straight top-three result. “Shot 4-under today. Wish I could have capitalized on the last hole, but I think with a little bit of a break kind of was hard with the delay,” said Green. “But if you told me that I was going to come in the Top 10 at the start of the week I probably would’ve taken it. Seeing the forecast with the heat and the possible storms, I’m very happy.”

Gaby Lopez and Caroline Masson rounded out the top 10 in a tie for ninth at -18.