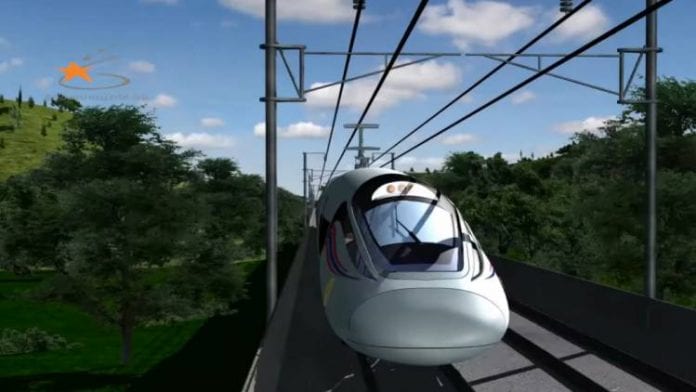 Prime Minister Prayut Chan-o-cha will, this afternoon, preside over the signing of a public-private-partnership (PPP) contract between the State Railway of Thailand (SRT) and the Charoen Pokphand Group-led consortium for the development of the 224 billion Baht high-speed train project, linking Don Muang and Suvarnabhumi international airports in Bangkok with U-Tapao airport in Rayong.

CP Group CEO Supachai Cheeravanont, this morning, led a group of his executives to pay homage to the late King Chulalongkorn at the equestrian statue, before proceeding to sign the PPP contract with the SRT.

King Chulalongkorn introduced rail transport to Thailand 123 years ago and set up the Royal Train Department to operate train services.

It consists of three segments, including a 21km extension of high-speed rail from the Airport Rail Link at Don Muang international airport to Phya Thai. It will also feature construction of a 29km stretch of Airport Rail Link from Phya Thai to Suvarnabhumi international airport as well as a new 170km high-speed line from Suvarnabhumi to U-Tapao airport.

The electric trains will operate at a maximum speed of 160km/hr on the urban line from Don Muang to Suvarnabhumi station, while the operating speed on the city line from Suvarnabhumi to U-Tapao will be 250km/hr.