“Chiang Mai has become a major destination because there are now direct flights from Europe to the city;” says Pakkanan Winijchai, Director of the Chiang Mai branch of the Tourism Authority of Thailand.

She says that Chiang Mai airport now serves 30,000- 34,000 passengers per day, handling 200-210 aircraft movements. There are 21 international airlines serving Chiang Mai airport, connecting to 24 cities abroad. In 2017, Chiang Mai welcomed around 10 million tourists, 7 million of whom were Thai and 3 million foreigners. Of the foreigners, 1 million were Chinese. She says Chinese tourists have gradually started returning to Chiang Mai thanks to new flights being added to the Beijing-Chiang Mai route, bringing the number of flights up to seven daily.

The busiest international flight routes (top ten) are listed as Hong Kong, Shanghai-Pudong, Kuala Lumpur, Chengdu, Guangzhou, Singapore, Chongqing, SeoulIncheon, Macau and Hangzhou. (Note: Direct flights from Europe may be a misnomer as the shortest flights still need to stop in Doha.) These Chiang Mai flight arrivals may be compared with Prachuap Khiri Khan Province’s total of 6.9 million visitors for the same period of which 1.2 million were foreigners. Chinese visitors are said to account for 115,000 of these foreigners. (TAT Prachuap Khiri Khan) Hua Hin International Airport continues to serve only one destination, Kuala Lumpur in Malaysia. Despite occasional rumours, no other Asian or domestic connections, including Chiang Mai, Phuket or Bangkok, have been announced.

Plans to expand Chiang Mai airport have been approved by the Airports of Thailand Plc (AOT) Board. The expansion, which will cost 12 billion THB and will take 15 years to complete, will significantly increase the airport’s capacity. Once completed, Chiang Mai airport will be able to serve 20 million passengers annually, a big increase from its current capacity of 12 million passengers, AOT’s chairman Prasong Poontaneat explained. Additionally AirAsia has confirmed the launching of direct international flights, from Chiang Rai to Kuala Lumpur, Macau and Singapore at the end of January, 2019.

At the same time, Thai AirAsia will launch a direct service from Chiang Rai to Phuket, competing head-on with Vietjet on the domestic route. More Air Asia International flights announced to Chiang Rai In August 2018 it was reported that 3.5 billion THB will be spent to upgrade Hua Hin’s International Airport over the next five years. However this low key announcement may be of little comfort to Hua Hin’s tourism operators who concur with the view that multiple flight connections are required to drive tourism growth for Hua Hin. 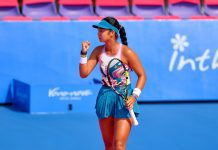