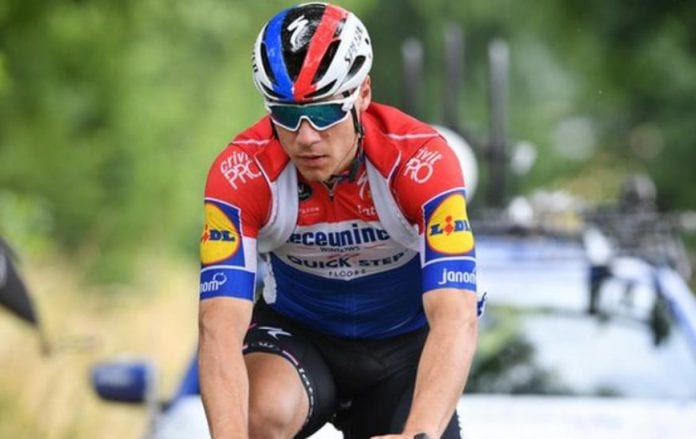 Dutch rider Fabio Jakobsen will require multiple facial surgeries after his crash at the Tour of Poland, but says he is “glad to be alive”.

The Deceuninck Quick Step rider was involved in a horrifying crash during a sprint finish earlier last month.

He was pitched through a barrier and into the crowd of spectators followed by a tangle with Jumbo-Visma’s Dylan Groenewegen. The 23-year-old was rushed to the hospital where surgeons operated for five hours to give him ‘a chance to live’.

“It was a difficult, dark period for me in the ICU, where I was afraid of not surviving,” says Jakobsen in a statement released by his team.

“Thanks in part to the organisation behind the Tour de Pologne and my team, my family were able to be close to me, which gave me a lot of strength.”

Jakobsen’s fellow national Groenewegen, who caused the crash, was suspended by his Jumbo-Visma team pending the outcome of a disciplinary by the UCI, cycling’s governing body.

Jakobsen, who was in an induced coma and spent a week in intensive care, said: “The trauma doctors and nurses at the finish line in Katowice saved my life, for which I am extremely grateful to them. They operated on me for five hours and gave me the chance to live. I am very grateful.”