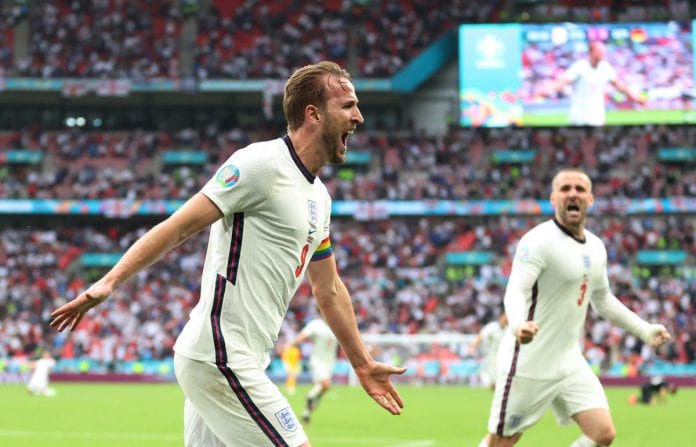 In their last European Championship knockout meeting, England were defeated by final winners Germany in the semifinal at Wembley in 1996 after a shootout. Current England manager Gareth Southgate was the one that missed the crucial penalty shot.

The Three Lions didn’t need to wait until the shootout to take revenge as an in-form Sterling sensationally broke the deadlock in the second half before Kane added a second to seal the win.

Both teams changed their formations to improve defence for the eye-catching match in London with Germany dominating the first 15 minutes.

England endured the pressure and found their way to control the game. Their best chance in the first half came when Sterling’s powerful shot from the middle forced Manuel Neuer to leap across the goal to parry it away and Maguire’s header later was saved comfortably by the German captain.

After a goalless draw with intensive challenges for balls in the middle, Southgate sent Jack Grealish on pitch and the Aston Villa playmaker helped England to gear up in attacking.

In the 75th minute, Sterling, who scored the winners against Croatia and the Czech Republic in the group stage, briskly sent Luke Shaw’s low cross into net from close range.

More than 40,000 England fans rocked the stadium with roars and stomps and Kane gave them another chance to celebrate wildly.

In the 86th minute, Grealish’s smart cross found Kane in the box, the England captain nodded home from close range to nail the win for the Three Lions.

“We knew we needed to put a big performance in against a very good side, and I think we did that today,” said Sterling. “We knew the intensity that we can play at, not a lot of teams can deal with it. ”

England will face the winners between Sweden and Ukraine in Rome on Saturday.