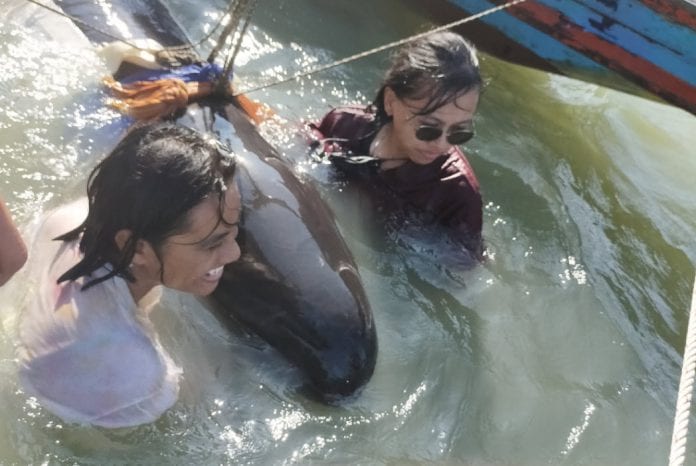 On 14 Nov, villagers of Ban Pak Khlong, Chumphon province found a false killer whale washed up on the shore and reported to the National Maritime Operation Centre. Officials of the Chumphon Islands National Park went to rescue the young black killer whale, 4 metres long and weighing about 1 ton. The young killer whale, suffering from several wounds around its body was believed to be caused by scratching with underwater rocks.

Authorities said the killer whale was most likely had been washed up the shore due to strong waves and underwater currents in the gulf.  Officials and villagers helped move the young killer whale from the shore onto the Tiab island to recover and was later released back into the sea on that same day. The name ‘false killer whale’ (Pseudorca crassidens) comes from the similar skull characteristics to the killer whale (Orcinus orca), usually swims in groups when hunting for food, unfortunately the young whale may have been separated from the group when it got swept away by strong ocean current. Rescuers were proud to be able to successfully help the baby killer whale back into the sea.