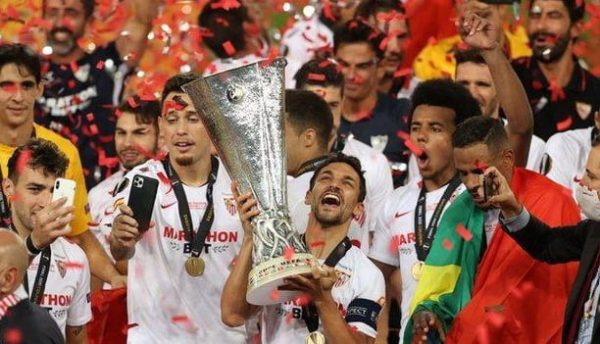 Reyes was killed in a car crash last year at the age of 35, while Puerta was 22 who died in 2007 after a series of cardiac arrests.

After their 3-2 win over Inter Milan, Navas said: “To raise this cup as captain of my Sevilla means so much.”

“For friends who are no longer here – for Puerta, for Reyes, and for my godfather who has died,” he added.

Reyes came through the youth system at Sevilla and made 253 appearances in two spells at the club. He also had a spell in the Premier League with Arsenal from 2004 until 2007.

Puerta also came through the ranks before making his debut in the 2003-04 season and went on to make 88 appearances.

It was also Julen Lopetegui’s first trophy as a manager. “Lopetegui works 24 hours a day for Sevilla, he deserves this,” Navas said.