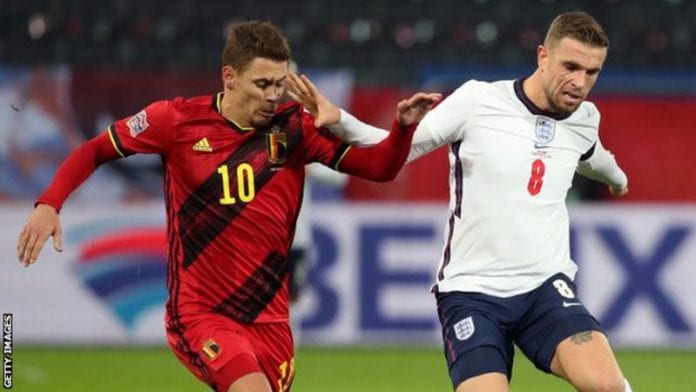 Raheem Sterling and Jordan Henderson will miss England’s Nations League match against Iceland at Wembley on Wednesday because of injury.

Raheem Sterling sat out on Sunday’s defeat to Belgium with a calf problem that occurred in training while Jordan Henderson was forced off at half time because of tightness in his leg.

Both players will return to their clubs for further evaluation before the Premier League resumes this weekend.

Manchester City are at Tottenham on Saturday (17:30 GMT) while Liverpool host Leicester on Sunday (19:15).

England manager Gareth Southgate will prepare for Wednesday’s match with a 22-man squad.

The Three Lions are incapable to qualify for following October’s National League  finals taking after their misfortune to Belgium in Leuven.