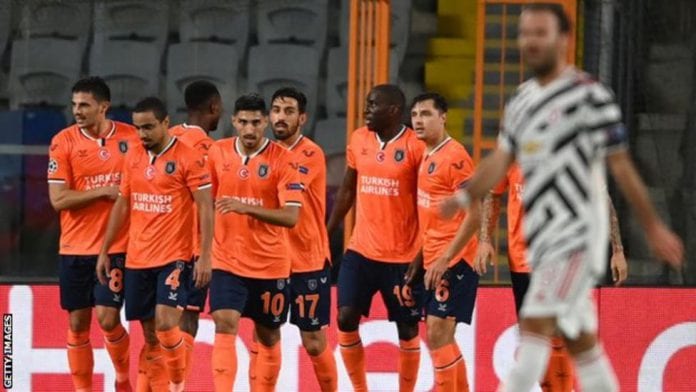 It was a goal that has been described as “never ever seen” before…for all the wrong reasons.

The 35-year-old former Premier League striker Demba Ba could not believe his luck, being given the freedom of the city to run clear and score Istanbul Basaksehir’s first ever Champions League goal.

Edin Visca doubled the lead for the Turkish champions courtesy of further poor defending and although Anthony Martial pulled a goal back, United could not salvage a result and Basaksehir picked up their first win in the competition.

But despite making history, the opening goal was all that everyone was talking about.

United boss Ole Gunnar Solskjaer, who is now under severe pressure, said: “The first one is that we play a short corner and forget about the man up top. That is unforgivable.”