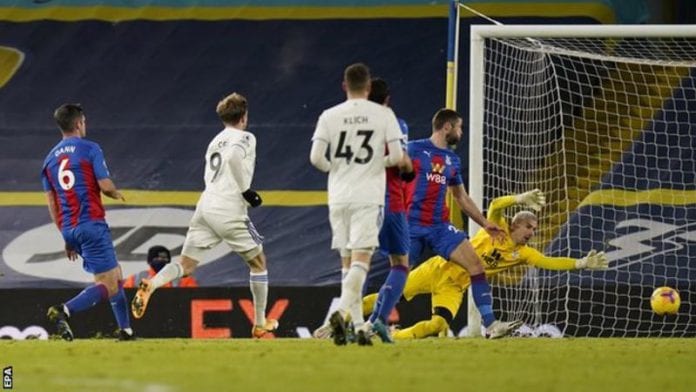 Patrick Bamford scored the 100th goal of his career as Leeds United gained a deserved victory over Crystal Palace to move into the top half of the Premier League table.

The 27-year-old finished into an open goal to make it 2-0 as he converted a rebound after Eagles goalkeeper Vicente Guaita had parried Raphinha’s shot.

Earlier on, Leeds had taken a third-minute lead when Jack Harrison’s strike from the edge of the penalty area took a big deflection off Gary Cahill and looped past Guaita.

Bamford’s century of goals includes 21 on loan at MK Dons, eight on loan with Derby, 33 with Middlesbrough and 38 with his current side.

“The most important thing is getting the three points but it is nice to get to 100 career goals,” said Bamford, who was with Chelsea for five years but had seven loan spells elsewhere and never played a competitive game for the Blues.

“It is probably long overdue but nice to get there.” 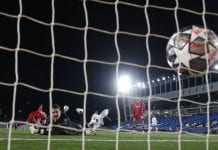 Real Madrid’s Vinicius at the double to rattle Liverpool