Jose Mourinho said Tottenham had been rewarded for taking the Carabao Cup seriously. As they moved to within one game of a first trophy in 13 years with a semi-final win over their rival Brentford.

Hotspur have not claimed cutlery since they beat Chelsea in the 2008 League Cup final and they were made to work hard in this one-leg semi-final at Tottenham Hotspur Stadium.

Mourinho has won the cup on four occasions and goals from Moussa Sissoko and Son Heung-min ensured he now has the chance to make that five.

Becoming the third manager to go to the final with three different teams.

Brentford had beaten four Premier League sides in a run to their first major semi-final but after only 12 minutes when Sissoko headed Sergio Reguilon’s cross beyond keeper David Raya.

Brentford’s manager thought they had equalized after the hour when the striker Ivan Toney headed but the goal was ruled out. Most marginal of offsides when the striker was actually down on his haunches earlier in the move.

Spurs increased Brentford’s sense of outrage when Son sprinted clear to add a second after 70 minutes before the visitors were reduced to 10 players following Josh Dasilva’s foul on Pierre-Emile Hojbjerg.

Mourinho’s side will now meet either Manchester United or Manchester City in the final at Wembley in April. 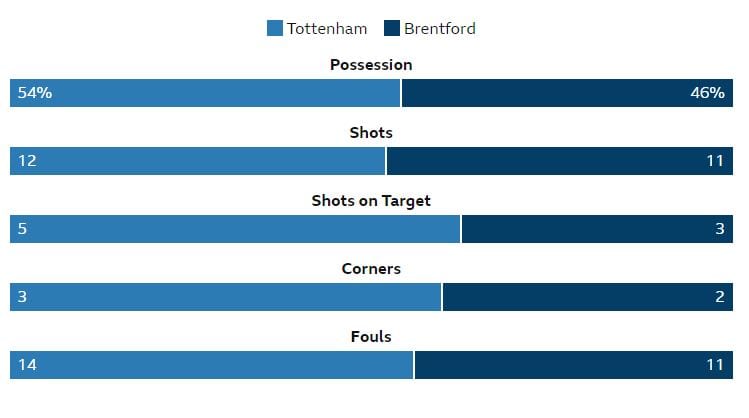