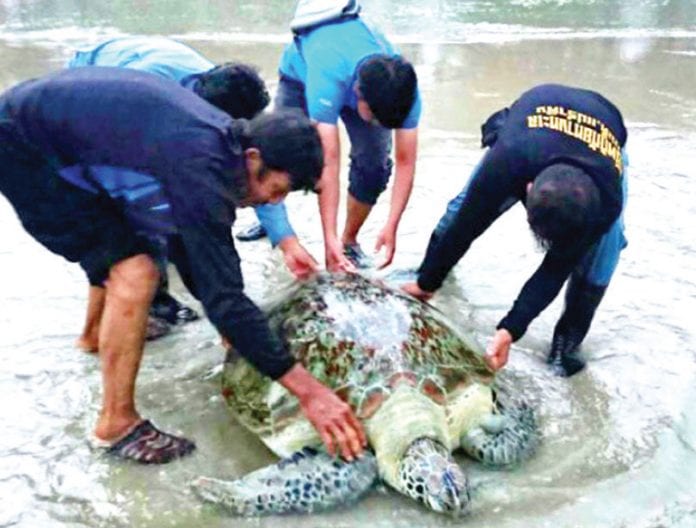 The fishermen of Don Samran Beach, Bang Saphan, have found a 150 kg female turtle with a tag from Malaysia which was reported to the Fisheries Department before releasing the marine animal back to the sea. Somchai Limsakul, an assistant of village headman at Bang Saphan was notified by fishermen of the need to rescue the large turtle, which is rare and endangered marine species. The turtle had been entangled in a net in the sea in front of Don Samran Beach. The village headman and his relatives rushed to check and assist the turtle by dragging it onto the beach.

This was a mature female and 80 cm in length and weighing 150 kg. The left front foot had a metal tag and an officer from the Centre for Marine and Coastal Resources Research and Development from Chumphon province checked. The right leg had a tumor, which the officials injected nourishment but found she is good health and strong and able to be released. The tag showed that turtle had come from the waters of Malaysia. The villagers have an active sea turtle conservation group which this year has already found sea turtles eggs on two occasions with nest of 99 eggs and more recently 89 eggs. 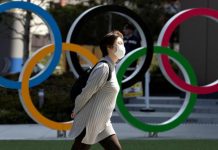