A glacial retreat is known to occur when its terminus doesn’t extend as far as it previously has done. There are many reasons that glaciers might retreat, and it’s caused by ice melting or ablating at a more rapid pace than snowfall has the opportunity to accumulate and produce new glacial ice.

Glaciers are known to require particular climate conditions and are commonly found in high snowfall regions during winter months and in areas with cool temperatures in the summer months. These specific conditions ensure that the snow accumulating during the winter isn’t lost during the summer months. It’s for this reason that many glaciers are present in high alpine and polar regions.

The retreating of glaciers is a pressing issue for a variety of reasons. This is because glaciers act as reservoirs of water that are available throughout the summer. The melting of glaciers provides water to the ecosystem throughout drier months, which creates a perennial stream of water for animals and plants. However, these glaciers need to be replenished, or else the structures making up these glaciers are bound to retreat. Due to this, the benefits of melting glaciers in the summer months aren’t going to be present, which is going to leave animals and plants without a steady stream of water.

Climate change caused by global warming is causing glaciers to thin and recede. This is a direct response to warmer temperatures and also drives ice sheet loss. Scientists understand that glaciers are sentinels of the present climate change. This is because glacial retreating is one of the most visible pieces of evidence of global warming. An example of this is that the white surfaces of glaciers have the functionality to reflect the sun’s rays, which ultimately helps to maintain the current climate that we have in the world. However, when these glaciers retreat, we’re left with darker exposed surfaces that work to absorb the rays of sunlight and release heat.

This is contributing to the rising temperatures of the Earth’s surfaces. Several problems arise from the retreating of glaciers. Melting glaciers contribute to the rising sea levels, which we have already highlighted the adverse effects this poses to the ocean’s mechanisms and climate change. However, glacial retreating also increases coastal erosion and elevates storm surge. This is because the warming ocean temperatures produce more intense and frequent coastal storms, such as typhoons and hurricanes.

Snow cover is often referred to as the amount of land covered by snow at any given point in time. With that being said, more snow cover offers many benefits. One of these advantages is that more snow entails that more energy is reflected into space. This results in cooling.

Thus, less snow cover is going to increase the Earth’s temperature, as more energy is absorbed in the surface of the Earth. This snow cover has a massive impact on the climate, while changes in the environment affect the world’s snow cover. When looking at the bigger picture, warmer temperatures are directly shortening the time snow is present on the ground.

This is specifically evident in the Northern Hemisphere. In addition to this, climate change from global warming also plays a role in reducing snowfall. This limits the amount of snow present before spring melts are even present. The increase in the Earth’s surface temperature is also shortening the snow cover seasons.

An example of this is that climate change has led to warmer temperatures in Alaska, which has led to the snow melting earlier during the spring and resulting in a more extended snow-free summer season. With that being said, climate change doesn’t only mean that temperatures are rising. Extreme weather patterns also result in intense snowfall in some regions. However, this doesn’t necessarily mean that snow is going to continue to fall.

Many scientists have identified that there is a massive threat to the world as a result of climate change. This is that the increase of the Earth’s surface temperatures can cause snow to become extinct.

Although this seems far-fetched, it really isn’t in some regions. From various studies, scientists have identified that the total amount of snow that’s falling in certain areas might drop to only 65 percent of what is being produced now. From here, snow is likely to decrease each year as the carbon emissions in the air increase and surface temperatures rise.

The Arctic Sea is classified as an ocean basin that’s surrounded by landmasses with mountainous features. The sea ice extent present in the Arctic is limited by the landmasses that are surrounding it, and this sea ice extent is frequently changing with the seasons. However, with help from satellite records, the sea ice in the Arctic has been shown to have drastically decreased since the end of the 1970s. This satellite record started in 1978 and has been demonstrated that minimum Arctic ice extent (generally occurring in September) has decreased by approximately 40 percent.

This sea ice expands to cover a larger area each Arctic winter. However, this sea ice is produced to be thinner than it once was. Evidence has been shown to suggest that this decline in sea ice has never been seen for the past 1,450 years. The fact that Arctic Sea ice is declining poses a severe problem.

This is because the decline in ice means an increase in water, which triggers a rise in seas. This rising sea level, as we have discussed, is a severe problem that can endanger coastal cities and small island nations. The results of rising sea levels are storm surges and exacerbating coasting floods while making dangerous weather events more frequent and intense. In addition to this, the changes in the amount of sea ice present have the ability to disrupt average ocean circulation.

As a result of this, more changes can occur to the global climate. The disruption of these ocean circulations plays a massive role in increasing the temperature of these waters, and even the smallest change in the temperature can result in a more significant warming over time. Not to mention, this sea ice works to reflect the sun’s heat away from the planet. However, as this Arctic Sea ice is declining, so is the white covering that’s reflecting the heat from the sun’s rays.

Thus, deeper seas are being exposed that are dark and absorb the heat of the sunlight. As a result, the water temperatures are again being exposed to conditions that increase its temperature, which provides an environment for climate change to thrive.

The National Climate Assessment has shown that the number and strength of major hurricanes, heavy downpours, and heatwaves have increased in the U.S. and other countries. An example of this is that sea-level rise has been shown to increase the impacts of coastal storms while global warming is able to place more stress on water supplies during a drought. However, the links between climate change and the various extreme events have different causes and impacts, such as:

It’s not hard to believe that climate change plays a role in the increasing risk and extent of wildfires. The risk of wildfires is dependent on a variety of factors, including the presence of shrubs, trees, and other potential fuel, soil moisture, and temperature. With that being said, all of these variables have strong indirect and direct links to climate change and climate variability.

Climate change is scientifically proven to enhance the drying of forest organic matter. These are the materials that work to spread the wildfire. Thus, the presence of climate change has been the reason for the number of large fires doubling between the years 1984 and 2015.

Researchers believe that a more extended fire season is formed from the presence of climate change, as this has created drier and warmer conditions in many different regions across the world. As a result of this, the risk of wildfires occurring is increased (with the frequency and intensity increasing as well).

Scientists are becoming more confident that there is a definite link between
climate change and the presence of hurricanes. Research has found that warmer
ocean temperatures and higher sea levels are directly causing hurricanes to become
more frequent and intense.

Warmer sea surface temperatures are linked to intensifying tropical storm wind
speeds, which have the ability to deliver more damage once these hurricanes make
landfall. In addition to this, sea level rise is also said to make future coastal storms,
such as hurricanes, costlier and more damaging.

Additionally, areas that are most affected by hurricanes are reported to be
shifting poleward. This is mostly associated with expanding tropics and high global
average temperatures. These changes in tropical storm patterns are moving
northward in the Atlantic. This is said to place more human lives and property at risk. 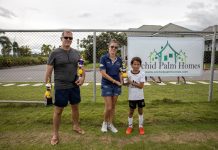 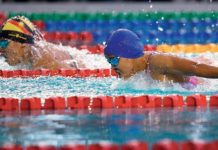