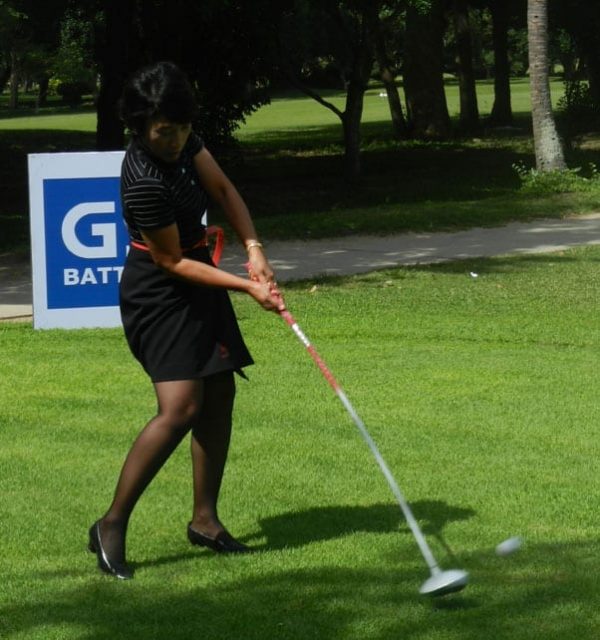 Being the General Manager at the Palm Hills Golf Resort & Country Club is certainly a fulltime job, but Khun Supha Rakprayune’s involvement in development of the regional golf scene is an additional commitment. For the past five years, Khun Tuk as we came to know her has also been the Secretary of the Phetchaburi Prachuap Khirikhan Golf Course Association (PPGA).

The Association has been established since 2000 to represent the interests of regional golf courses and to promote and create local activities and tournaments. Promotion of Hua Hin and Cha-Am as the best seaside golf resort area in South East Asia has clearly been successful under the helm of Khun Suwit Ruengroongrueng as President.

The region is the current ‘title holder’ of the Golf Destination of the Year for Asia & Australia. Khun Tuk is now busy with two main activities as PPGA secretary apart from her role at Palm Hills. First of all the annual Hua Hin and Cha-Am Golf Festival gets underway on 2nd August. This is a two month Festival of golf at 10 regional courses with weekly tournaments, a grand opening and finale. That’s a major task for any organisation and especially for the secretary.

There’s been press conferences locally and in Bangkok and a constant stream of enquires. Second, in conjunction with The Tourism Authority of Thailand (TAT) and the International Association of Golf Tour Operators (IAGTO), the PPGA is a key partner in arranging the 2015 Thailand Golf Travel Mart, to be hosted at the Royal Dusit Hall Ballroom Dusit Thani Hua Hin from 4th – 6th August. This is about linking golf travel suppliers and buyers and is a big deal for the golf industry, locally and throughout Thailand. Meanwhile back at Palm Hills, Khun Tuk describes her management style as not dictatorial or overly controlling.

She has been the GM for the past five years and wants her staff (around 120) to be confident, self-sufficient but also accountable. She is happy to join them for afterwork tennis or a swim and doesn’t have much ‘nongolf’ time apart from the occasional visit to her family in Bangkok. That’s where she was born and raised although her tertiary studies were at university in Chiang Mai. She describes herself as a modest golfer with a handicap of around the 20 mark and Khun Tuk was previously involved in the management of the Royal Lakeside Golf Club (between Bangkok & Pattaya) since its opening in 1993 until a change of ownership in 2010.

Her story is that after applying for a position in the property section at Palm Hills; her golf course management background was discovered. An offer to take on the Golf Course GM’s position then followed; an offer too good to refuse! Khun Tuk is a responsive (she replies to your emails!), affable and modern golfing manager; a real asset to the local golfing scene.

Not just passionate about making sure Palm Hills delivers what it promises for golfers, but thinking about the future success of the broader golf industry in Hua Hin and Cha-Am. By the way our photo of her teeing off was really a demonstration at a Golf Festival promo; she’s eager to let everyone know that’s not her usual golfing footwear, just an unprepared, impromptu moment and a bit embarrassing now!