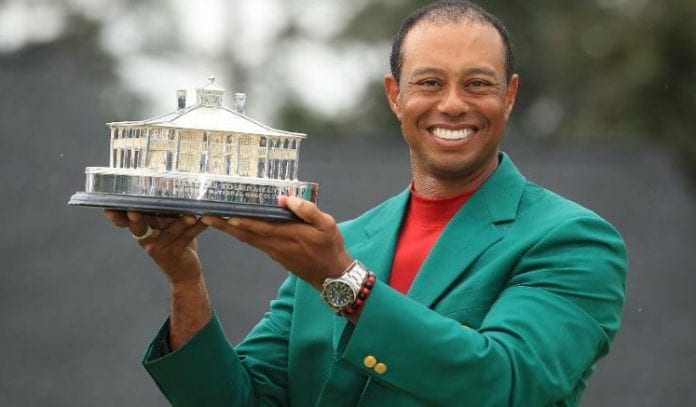 It’s one of the most anticipated storylines at the Masters, but Tiger Woods has let the cat out of the bag early by revealing what’s on the menu at his Champions Dinner at Augusta in April.

As defending champion Woods gets to host and choose the menu for the exclusive pre-tournament gathering of past winners and the Augusta National chairman on the Tuesday of Masters week. The food is usually revealed just days before the tournament’s start as the world’s best golfers gather at Augusta, with this year’s Masters’ starting on April 9.

The 44-year-old won his fifth Masters green jacket and first major since 2008 in a remarkable comeback last year and has echoed the menu from his fourth Augusta win in 2006.

“Born and raised in Southern California, and with it playing a part of my entire childhood, we’ll be having steak and chicken fajitas, plus sushi and sashimi out on the deck,” Woods told reporters in a pre-Masters conference call. “We’re still debating milkshakes.”