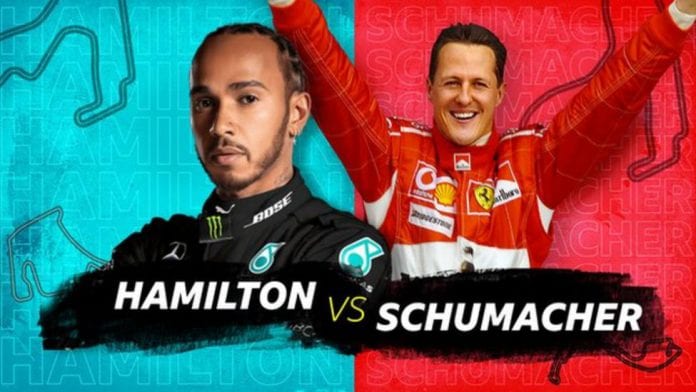 Lewis Hamilton has surpassed Michael Schumacher in one of Formula 1’s two big all-time records, and he will soon at least equal him in another, making him the most successful racing driver of all time.

Hamilton’s victory at the Portuguese Grand Prix on Sunday was the 92nd of his career, taking him beyond Schumacher’s record of 91. At the time it was set, just 14 years ago, many thought it might never be beaten.

And it will not be long now before Hamilton equals Schumacher’s tally of seven world titles – before heading into 2021 as a strong favourite to make it eight.

Looking through these lists of comparisons between the statistical achievements of the two drivers, the first impression is of how similar the numbers are in many respects. But there are also important differences that say a lot about their different abilities. In all, though, the stats have one clear, obvious message – these were the finest drivers of their eras, and two of the greatest of all time.