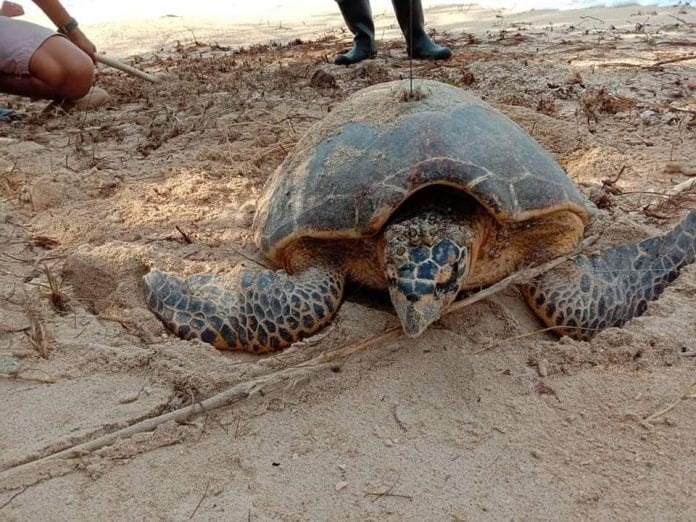 Authorities from the Ao Siam National Park (ASNP) and Siam Marine Rehabilitation Foundation (SMRF) were informed that the hawksbill sea turtle has returned to Koh Talu island in Prachuap Khiri Khan to lay another 105 eggs.

Undeniably, it was the same sea-turtle ‘Mae Srisuda’ that came ashore two months ago on the same island to lay eggs as she was implanted with a GPS Tracking device by marine workers who have been monitoring her movements for several months now.

Marine authorities watched the mother turtle laid eggs for nearly 2 hours and later moved them to a nursery unit at the marine centre. It is the third nest for ‘Mae Srisuda’ to lay eggs in Ao Siam National Park, which now adds up to 461 eggs in total.

Ao Siam National Park staff is currently monitoring the eggs as well as the mother turtle and has been collecting data around the clock until the sea-turtle returns to the ocean and the eggs are ready to hatch.