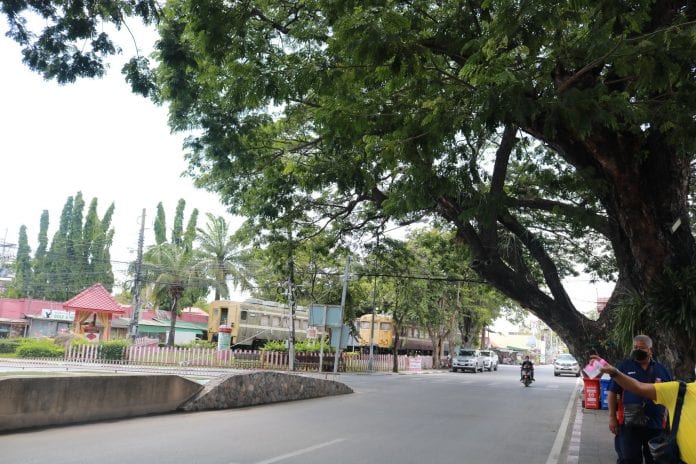 Five historic trees near Hua Hin train station that faced being cut down look set to have won a last minute reprieve from the chop.

The five Chamchuri or ‘monkey pod trees’, which are understood to be close to a century old, were set to be removed in order to allow construction work to be carried out on the road that runs alongside the train station.

The State Railway of Thailand (SRT) had wanted to remove the trees as it claimed the trees were preventing improvements being made to the road.

However, following a meeting and inspection of the trees on Tuesday (June 22) with officials from Hua Hin Municipality and the SRT the trees are set to remain in place.

Hua Hin Municipality believe the trees must be preserved as they are an iconic symbol of the local area.

Discussions remain ongoing but trees look set to remain in place, for now.