With open arms, executives of Hua Hin Municipality gave full support for Hua Hin City, aka White Sailing Boat, the local football team of Hua Hin, and planned to make it as famous as the city itself. Senior Advisor to Hua Hin Mayor Mr. Siraphan Klompramot has lately announced that the municipal executives, led by the Mayor Mr. Nopporn Wutthikul, already accepted Hua Hin City under their support after the team won provincial football matches several times. Recently, it has upgraded itself by winning the B-graded trophy after the C-graded one.

The football team is composed of 37 members, 4 of whom are coaching staff, 1 a team manager and others local and foreign players.Mr. Siraphan said that, in the near future, he would encourage the team to compete in professional matches, especially the Thai Premier League, because each player enjoys high running speed, particular ones of the defense and the right and left wings from Africa. The ability of those players will make the team as famous as the city itself.Mr. Siriphan added that the municipal executives were also finding local footballers from local communities in Hua Hin.

Anyone with proper ability to play the sport will be asked to join the team. Doing so will improve and upgrade local players while strengthen the teamwork as do other teams from Buriram and Pattaya. Founded for around 1 year under leadership of Lt. Col. Thanakrit Nopphakhunwijai and Col. Chatchai Rienmek, Hua Hin City has Mr. Jarupas Pinkaew as its manager. With both local and African footballers, it has continuously impressed both its leaders and audiences the same as the Brazilian football team usually does in terms of physical strength and tactics.

Under current full support of Hua Hin Municipality and Singha Corporation by Mr. Santi Bhirombhakdi, this football team will certainly make itself and Hua Hin more famous for Thailand’s football.Even though both the team leaders and sponsors already signed an official contract at the Hua Hin Market Village on 2 August 2012, anybody who would like to be a part of the sponsor for this football team is welcome because the Hua Hin City is a football team exclusively for Hua Hin people. 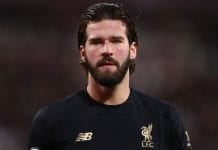