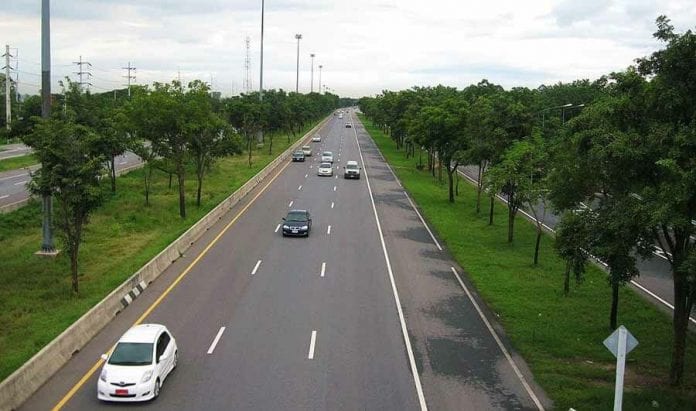 The maximum speed limit of 4-lane highways in Thailand has been raised to 120 kilometres per hour, with the new regulation issued in the Royal Gazette yesterday.

The increase in the speed limit is aimed at improving the flow of traffic in line with conditions while keeping road users safe.

The new limit applies only to highways with 4 lanes or more (at least 2 lanes travelling in each direction, divided by barriers).

The increased maximum limit will not apply to any roads that have intersections or U-turns.

Nation Thailand has summarised the speed limit regulations based on vehicle type and taking the new speed limit into account:

The increase to 120 kilometres per hour comes a month before the huge holiday that is Songkran.

This year, the government has announced an extended holiday period from April 10-15, in a bid to boost domestic tourism.

The ‘Free Vehicle Check-up for Road Safety’ aims to urge owners to keep their vehicles in the best condition to prevent accidents.

Under the campaign, vehicle owners can avail of free check-up services at participating service centres nationwide.”