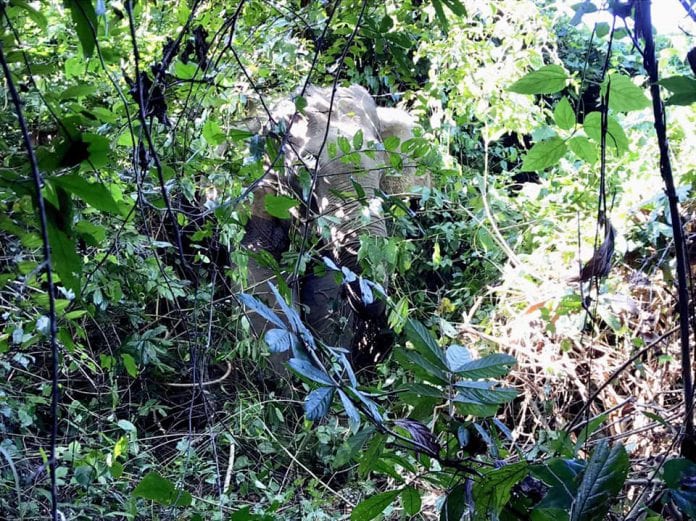 On 10 Dec, the Wildlife Conservation Department (Area 3) in Phetchaburi was notified by the Kuiburi National Park that an injured elephant reported seen by villagers was dragging one of its leg while walking near a mango plantation and was roaring in pain.

The elephant, aged between 20 – 25 years and weighing about 3 tons, has a swollen right leg and was in pain when the authorities arrived. Leading the veterinarian team, Ms Pawinee Kaewkam assessed the wound and the elephant’s condition and prepared treatment by giving an anti-inflammatory drug to reduce the pain and the swelling of its leg. The drug was given orally by inserting it in pineapple fruits and feed it to the elephant.

According to Mr Pichai, the elephant is slowly recovering after given the anti-inflammatory drug is in healthy condition. The cause of the swelling is still unknown as the elephant is now under close monitor of the veterinarians.