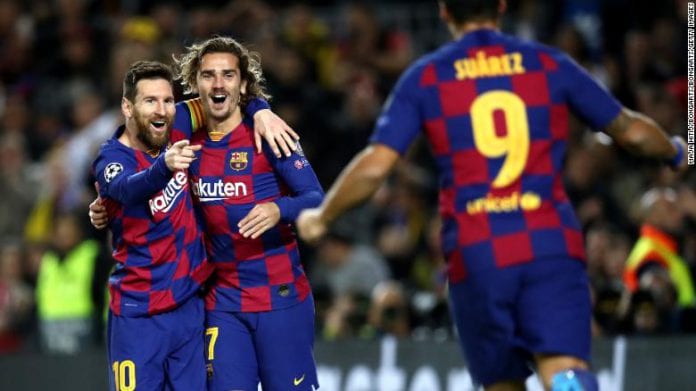 Lionel Messi’s statistics speak for themselves.

On Wednesday, in front of an adoring home crowd at the Camp Nou, he made it 700 appearances, 613 goals and 237 assists.
Messi rewrote the record books once again as he scored one and set up two others as Barcelona claimed top spot in Group F with a 3-1 win over Borussia Dortmund.
He becomes only the second Barcelona player to reach the landmark after Xavi Hernández, who made 767 appearances. No one in the history of the club has won more than Messi, who has 34 trophies to his name.
Messi has now scored 613 goals for Barcelona.
And 34 could become 35, should Messi and Barcelona navigate its way to another Champions League title.
If you thought this milestone for Messi would be a quiet one, you’d have been rather wrong. Within half an hour, he was teeing up Uruguayan teammate Luis Suarez to open the scoring, and just five minutes later Suarez was repaying the favor, playing Messi in to fire home his side’s second of the night.
It would only be right for a man making his 700th appearance to score his 613th goal for the club — and Messi coolly dispatched the ball into the back of the net.
The lethal strike duo now have 800 goals between them for Barcelona.
The goal was made even more special, too, by the fact it was the 34th different European opposition Messi had scored against — a Champions League record.
And Messi was far from done.
His scintillating performance continued into the second half as his surging run and delicate pass enabled Antoine Griezmann to secure the win.
Dortmund did offer a late rally with young English star Jadon Sancho providing a moment of real quality, turning and firing a rocket past Marc-André ter Stegen in the Barcelona goal.
But it was too little, too late for the German side, whose early sloppiness had crushed them already.
The only blight on an otherwise excellent night for Messi was a yellow card. Apparently, even 700 games can’t teach you to stay on your feet.
Messi looked on in disbelief as he was booked for diving in the second half. 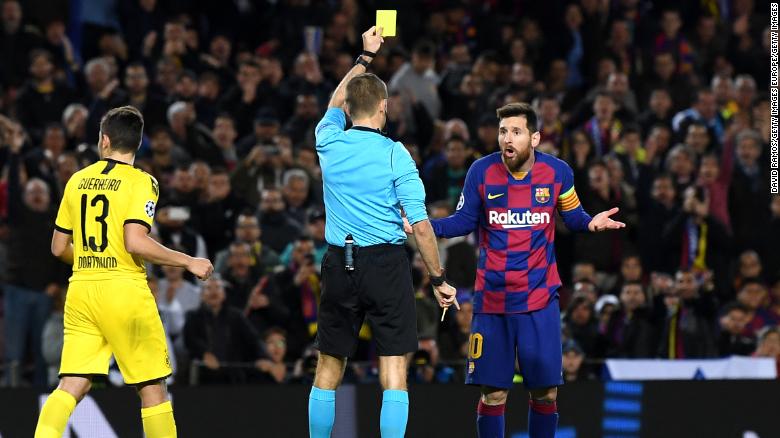