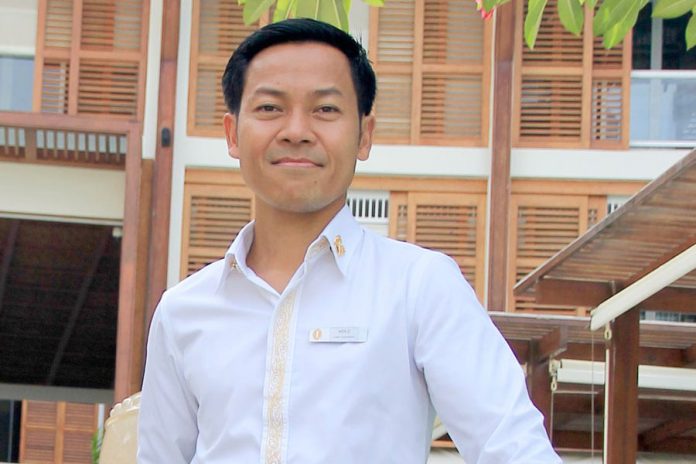 Mike is truly ‘In the Know’ when it comes to providing information for guests and assisting them in whatever way he can. He has worked in the hospitality industry for 16 years, taking on his first concierge-related position in 2004 when he became a concierge officer at Sheraton Grande Sukhumvit Bangkok.

By 2009 he had worked his way up to assistant chief concierge of the hotel. He later continued his career at W Bangkok hotel, then at Vana Belle, A Luxury Collection Resort Koh Samui, as a Chief Concierge, before returning to W Bangkok in 2015 as W Insider.

Mike joined InterContinental Hua Hin Resort in July 2016 and he’s already the person to ask if you have a question or request and if you want to know anything about the resort itself including all facilities and services. Add Mike’s impressive ability to remember facts and details about Hua Hin, as well as his being active in local civic and community affairs, and guests definitely have the go-to guy for wherever they want to go and whatever they want to do.