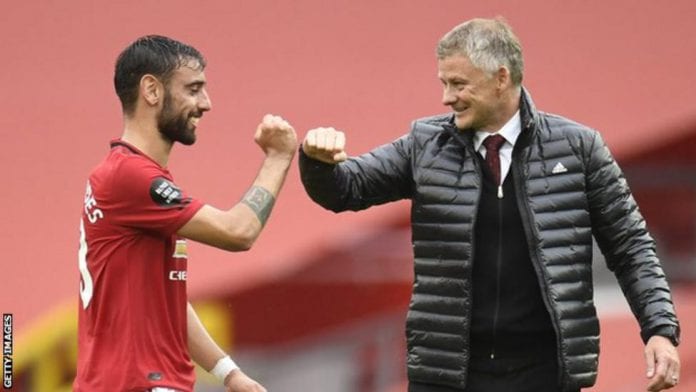 Bruno Fernandes wants to give Manchester United fans some “fun” by helping the club extend their title-winning lead over Liverpool.

Sunday’s eagerly anticipated Anfield tie is between England’s two most successful sides – with United having won a record 20 English top-flight titles to Liverpool’s 19.

United are top of the table, three points above Liverpool in second.

The Portuguese midfielder added: “For the fans, the next day, going to talk to their friends who may be Liverpool fans it’ll be much better if they’ve been the winner rather than the loser.

And it would be a lot more fun with 21 titles and Liverpool still on 19.”

Title chases involving both sides have rarely gone to the wire. When Sir Alex Ferguson went on his championship-winning spree with United.