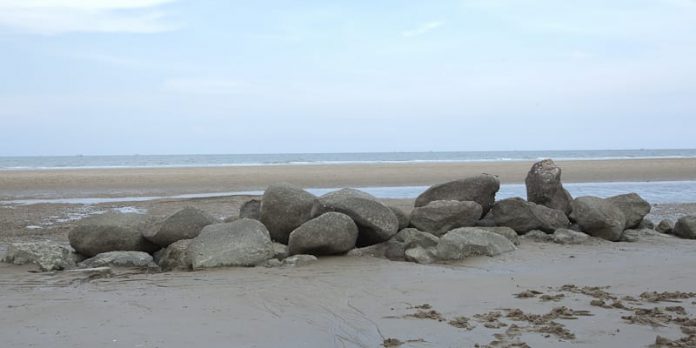 Many tonnes of small fish have been washed up dead along about 10 kilometres of the Hua Hin beach after heavy rain sent freshwater flooding out to the sea. Mr. Nopporn Vuttikul, Mayor of Hua Hin together with department heads of the Hua Hin Municipality and members of a military unit have visited the Hua Hin Beach to follow up reports of thousands of dead fish littering the beach. This phenomenon occurs almost every year during the rainy season (during of October and November of the year) after heavy rain and fresh water run-off to the sea. Many marine creatures then die due to a lack of oxygen. People had been catching live fish just off the beach to eat and to sell. The dead fish soon started giving off an unpleasant smell and were gathered up from the sand and sold to animal feed producers. Military Unit helped to clear the dead fish from the beach as bad smells had begun to affect beach-goers.