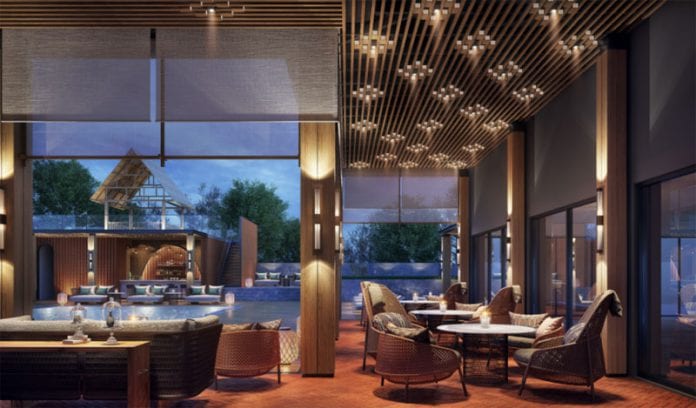 Balcony Media Group is now representing new five-star hotel Meliá Chiang Mai in Thailand’s mountainous north, slated to open September this year. We’re preparing an initial release on this now and expect to send on official notice in May.

Meliá Chiang Mai will cut the ribbon on 260 rooms and suites, as well as two restaurants, two bars and two lounges including a 21st-floor executive lounge with panoramic views of Chiang Mai. The resort will also be home to a spa, fitness centre, swimming pool, a ballroom and four other meeting spaces, and more.

With a design to pay tribute to Chiang Mai’s charming history and culture in a contemporary way, the hotel will tower over the River Ping and bustling Night Bazaar in the heart of Chiang Mai’s city centre. Its 360-degree rooftop bar on the 22nd floor will comprise two bars connected by a glass bridge and afford spectacular vistas of the River Ping to the city’s east and Doi Suthep Temple on the mountaintop to the west.