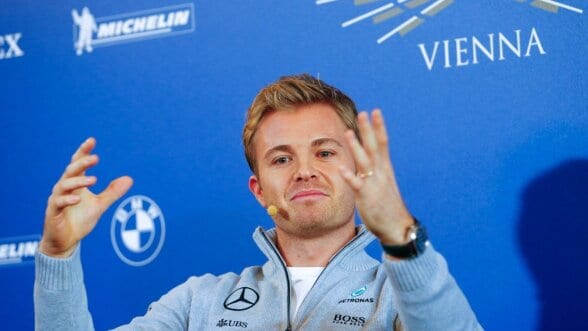 REUTERS: Nico Rosberg is applying years of Formula One experience to a new role as team owner in the Extreme E electric off-road series that starts up in the Saudi Arabian desert this weekend.

The 2016 world champion told reporters during Friday’s shakedown in Al Ula that he was wary of trying to micro-manage and his approach would be more Mercedes, the team with whom he won his title, than old-style Williams.

He recalled how during qualifying for one race, Williams co-founder Patrick Head approached him and pulled open the visor of his helmet.

“Nico, if you continue driving like that you’re going to put us out of business,” Rosberg quoted the famously blunt Briton as saying.

“So I’m not taking any lessons from there, but someone like (Mercedes F1 team boss and co-owner) Toto Wolff,” added the 35-year-old German. “It’s just that empathy… the empowering and the trust.”

The Rosberg X Racing team of Sweden’s triple world rallycross champion Johan Kristoffersson and Australian rally driver Molly Taylor is one of nine competing, each with a male and a female driver.

Two of the other teams are owned by F1 champions – Rosberg’s old team mate Lewis Hamilton with X44 and Jenson Button’s JBXE, with the latter also driving.

Rosberg said he would test the ODYSSEY 21 SUV at some point but, having seen the 18km Saudi course with its daunting drop, was happy not to be driving.

“What I love so much is how Johan and Molly work together as well, so full of respect and team collaboration,” he added.

“My team mate (in F1) was my biggest enemy in the world so that team collaboration was like the opposite, how do I make him slower?. Here it’s how do we help each other to become faster and learn from each other and that’s so cool to see.”

Nine-times world rally champion Sebastian Loeb, who is driving for Hamilton’s team, said his car was working well on the shakedown.

Extreme E aims to promote sustainability by racing in remote parts of the world affected by climate change. Founder Alejandro Agag has called it “the biggest experiment ever seen in motorsport”.

The series transports cars and equipment on board the former British mail ship St Helena, which also serves as a floating research laboratory for a team of scientific experts.

“For me it’s the perfect match, my passion for racing and passion for sustainability combined in this one project,” commented Rosberg.

“What we want to do is raise awareness for the problems that the earth is facing and show that we care. So we are staying on the boat and we also have some of the leading world scientists with us.

“We’re having panels and discussions and really learning something. That’s at the heart of this championship and that’s what I really love a lot.”

(Reporting by Alan Baldwin in London, editing by Pritha Sarkar)