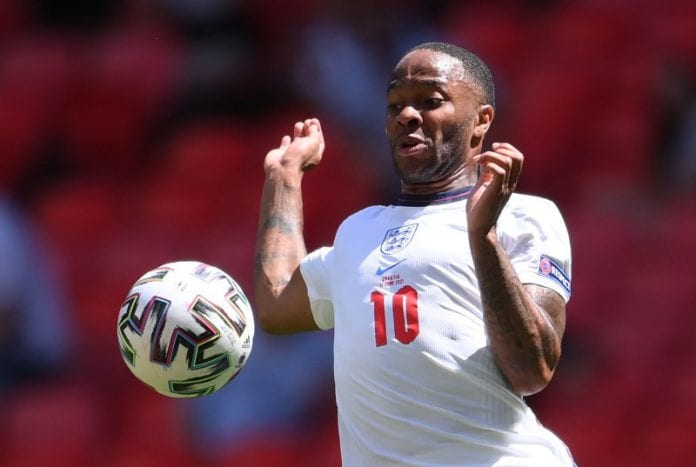 Resilient Ukraine bounced back from two goals down but Denzel Dumfries‘ late winner helped the Netherlands to snatch a 3-2 win on home soil in the Euro 2020 on Sunday.

The “Elftal” assumed control from the starting whistle, and they should have marked the opener early in the game but for all that the efforts from Memphis Depay, Dumfries and Georginio Wijnaldum lacked in accuracy.

The 16,000 spectators at the Amsterdam Johan Cruijff Arena saw a powerful performance from the Dutch but yet Wout Weghorst and Dumfries remained wasteful with their promising chances before the half time.

After the interval, the hosts were eventually able to turn their chances into a tangible reward after Ukraine goalkeeper Heorhiy Bushchan blocked a cross into the path of Wijnaldum, who rifled the opener from 13 meters into the top left corner seven minutes into the second half.

RELATED: How to watch Euro 2020 in Thailand

Frank de Boer’s men gained momentum and made it two in the 59th minute after Weghorst made use of a loose ball inside the box to poke home from six meters.

The “Elftal” thought the game was sealed but Ukraine halved the deficit against the flow of the game with 75 minutes gone when Andrey Yarmolenko traded passes with Roman Yaremchuk before hammering home from 20 meters into the roof of the net.

Four minutes later, things went from bad to worse for the Netherlands as Yaremchuk flabbergasted the hosts with the two-all draw after heading home a free-kick cross from Ruslan Malinovskyi.

The Dutch team remained unfazed and clinched a late victory as Nathan Ake’s curl into the area allowed Dumfries to wrap up all three points in their opening game of Group C in front of the home crowd.

“It was a very quick and interesting game with loads of opportunities for both teams. I would like to thank my team for the reaction they showed, especially after going 2-0 down,” said Ukraine head coach Andriy Shevchenko.

It was a slow burner in Bucharest between Austria and North Macedonia as Stefan Lainer opened the scoring with the first chance in the 18th minute. The Austrian defender capitalized on Marcel Sabitzer’s pinpoint cross to the far post to beat Stole Dimitrievski from close range.

Austria’s lead didn’t last long as North Macedonia hit back ten minutes later when Goran Pandev took advantage of a ricocheted ball inside the box to tap home the equalizer out of the blue.

After the interval, Igor Angelovski’s men took over control and pressed Austria on the back foot in the early stages as Austria goalkeeper Daniel Backmann denied Boban Nikolov a good chance an hour into the game.

Foda’s substitutions paid off as Gregoritsch made the most of David Alaba’s cross into the box, putting Austria 2-1 ahead in the 78th minute.

North Macedonia’s resistance was broken as Arnautovic made it three after slotting home Lainer’s backheel pass in the dying minutes of the game. Austria had even the chance to make it four, but Dimitrievski got the better of Lainer in a one-on-one.

“Overall, I was very happy with the performance. We started well, worked hard off the ball, were aggressive, and deserved to take the lead. We could have made it 2-0 through Kalajdzic, then we conceded from one lapse in concentration,” said Austria head coach Franco Foda.

“I told my players to keep their heads up, we go on. We begin to prepare for the next game against Ukraine,” said North Macedonia head coach Igor Angelovski.

The hosts caught a bright start as Phil Foden rattled the woodwork and Kalvin Phillips unleashed a dangerous volley in the opening stages. England’s pace fell off as the match progressed whereas Croatia gained a foothold into the contest without doing damage.

England eventually snatched the winner at the hour mark when Sterling benefitted from Phillip’s defense-splitting through ball to beat Croatia’s goalkeeper Dominik Livkovic.

The “Three Lions” tried to extend their lead, but Harry Kane and Mason Mount weren’t able to finish the job despite promising chances in the closing stages.

“The key was to get pressure on Croatia’s midfield players, and we managed to do that,” England head coach Gareth Southgate said.

“We had to repel the pressure in the first 20 minutes. After that, we had an element of control, more or less. Then there was one mistake. They exploited the space and scored,” Croatia head coach Zlatko Dalic said.

On Friday, England, who leads Group D, will face Scotland while Croatia clash with the Czech Republic.