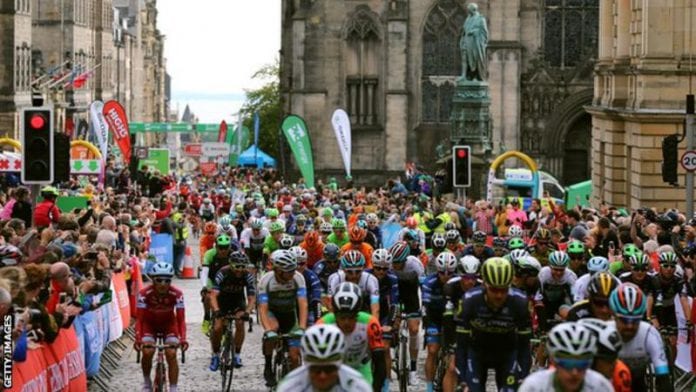 The penultimate leg of this year’s Tour of Britain will run from Hawick to Edinburgh, as three new stages confirmed.

South Cheshire, Warrington, Cumbria and Gateshead will also feature on the tour as well as two stages in Wales.

Cornwall, Devon and Aberdeenshire had previously been confirmed as venues, with the event taking place from 5-12 September.

Last year’s race was cancelled because of the coronavirus pandemic.

This will be the first time since 2007 that the event has finished in Scotland, with the race concluding in Aberdeen.