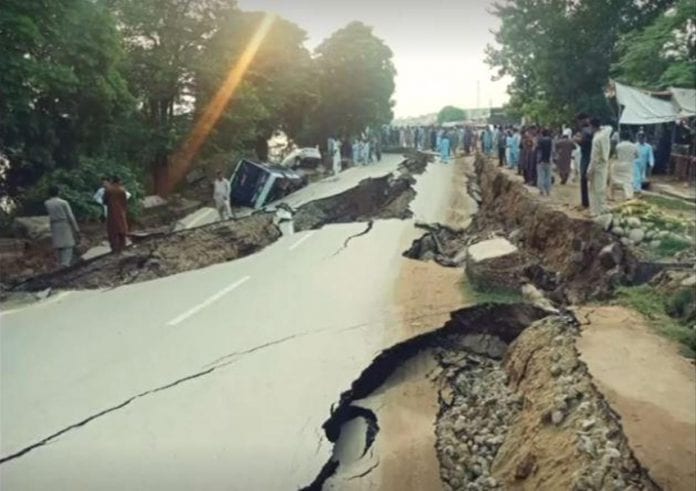 The quake’s epicentre was close to the city of Mirpur, in Pakistan-administered Kashmir.

Photos circulating on social media show a huge crack on a main road in the area, and partially destroyed houses.

The full extent of the damage is not yet known. Thousands of people died in a powerful quake in the area in 2005.

Children were among the dead, reports say.

Pakistan’s military said “aviation and medical support” teams had been dispatched to the area.

After Tuesday’s earthquake, tremors were felt as far away as the capitals of Pakistan and India, Islamabad and Delhi respectively.