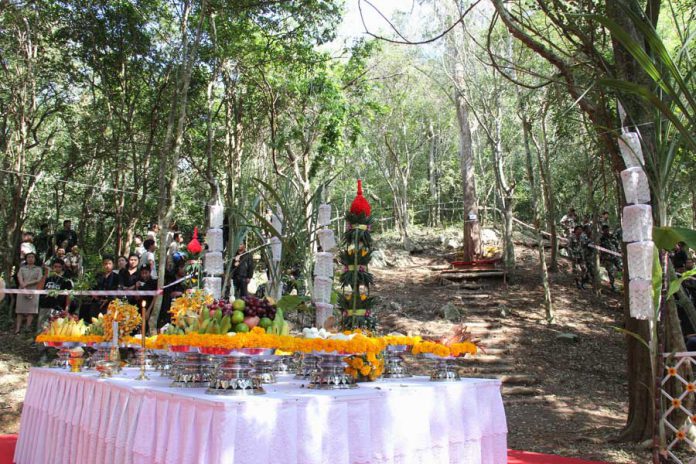 Thousands of people headed for the Kuiburi national park in Prachuap Khiri Khan to attend and witness the cutting of four dead but standing sandalwood trees at a traditional tree cutting ceremony for wood to be used for the cremation of the beloved late King Bhumibol Adulyadej.

The ceremony was supervised by the Bureau of the Royal Household in cooperation with local administration and forestry authorities. Local authorities estimated at least 10,000 people took part and witnessed the ceremony.Hundreds of residents set up tents near the park and stayed overnight to take part in this significant ancient ceremony. According to Kuiburi district chief officer ChatriChanvirachai the selected four deadstanding trees were cut with gold axes with a symbolic cutting ceremony supervised by the Office of Traditional Arts.