The Tourism Authority of Thailand (TAT) has finalised its marketing plan for 2016, focusing on promoting the Kingdom as a “Quality Leisure Destination through Thainess.”

At a Bangkok press conference last month, the plan was described as the start of a new era for Thai tourism. The Minister of Tourism and Sports, H.E. Kobkarn Wattanavrangkul commented that “we are confident that Thailand will remain in the top 3 ranking in terms of international tourism receipts in the Asian region. The wording of the new strategy indicates an end to decades of focusing on ‘quantity’, as measured by visitor arrivals, and a total shift to ‘quality’ as measured by visitor expenditure, average length of stay, and the overall quality of the visitor experience.

Mrs. Juthaporn Rerngronasa, Acting Governor of TAT described the plan as marking the opening of a new chapter for Thai tourism. “As Thailand has the natural geographical advantage of being located right in the heart of the Asia-Pacific and ASEAN regions, we can be sure of strong arrival figures for years to come. We can confidently say that the era of promoting ‘quantity’ is over.

The era of promoting ‘quality’ has begun.” Tourism Minister Kobkarn highlighted the importance of the Thai tourism industry for economic development, job creation, and income distribution. But, she added, tourism is more than just that. “It can also play a major role in enhancing social integration and preserving the environment. Tourism can be a great tool to build love and understanding, and grow the sense of pride in being Thai. This will lead to a balanced development covering the economic, social and environmental aspects of nation building.” She said that the new policy aimed to develop a sustainable and well-integrated tourism industry. At a regional level, Hua Hin, Cha-Am and Pranburi will be the first combined area to be developed as a sustainable tourism model; pending the Cabinet’s endorsement before September.

Under this model, which includes highend tourism development in six districts of Phetchaburi and Prachuap Khiri Khan provinces, new development projects will be controlled in line with the area’s infrastructure capacity, particularly traffic, and waste and water treatment. Along the combined coastal areas of 265 kilometres, all developments will be kept at least 50 metres from the beaches.

Meanwhile the tourism industry has cautioned the government about developing the West coast of Thailand as a new destination, saying it should take time to ensure the areas are fully prepared before marketing them. “Introducing or promoting new destinations is not a big question for the private sector, but we worry about readiness and capability if the government rushes to open areas to draw visitors,” said Ittirit Kinglake, President of the Tourism Council of Thailand.

“Especially when we aim to attract quality tourists, we need to have good destinations first,” he said. “The government should not rush to open the West coast and should not take top-down endorsement. It should begin talks with locals and residents before considering any development.’ “Tourism development could take time, perhaps years, for the areas to have complete infrastructure, good accommodation, attractive products with services and skilled resources”.

Pornthip Hirunkate, vice president for marketing at the Tourism Council, commented on a specific marketing issue as Hua Hin and Cha-Am may be regarded by many as ‘twin cities’. “All of us in the tourism industry almost promote Cha-Am and Hua Hin together. Of course, Hua Hin is more known than Cha-Am.” Currently they belong to different provinces, Phetchaburi and Prachuap Khiri Khan.” There are many significant developments including resorts and condominiums which, for marketing reasons, have a Hua Hin nomenclature but are actually located in Petchaburi Province (Cha-Am).

The growth of tourism development between the two towns is increasing blurring the borders and adding to this confusion. Despite frequent discussions at various levels of government, a quality marketing plan with an integrated approach to the promotion of this combined region is yet to emerge. 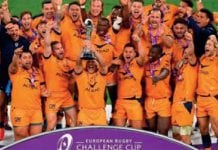