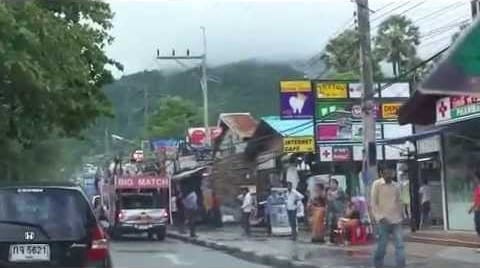 Here’s a letter written to the editor of a newspaper media by a certain ‘Dr Hannson’ describing his experience and general outlook about Phuket at present.

Take your time in reading it… and perhaps, you might have a diverse suggestion that could ‘kick-start’ the tourism industry during this current economic crisis:

“We are just back from last week’s trip to Phuket and I could not have imagined the destruction going on. Boarded up shops and restaurants, interiors torn out, even hard to find a place to have a dinner.

Eerie streets that you felt uncomfortable walking during the night, and I’m not talking about the small sois only, but the main beach roads.

The contrast is striking with Hua Hin, where you have weekenders from Bangkok and a significant number of expats trying to support the community.

Attracting long-staying retirees should obviously be part of the solution but the focus seems to be on elite cards and high-spending, short-term tourists that will disappear once the next catastrophe arrives.

Alongside Thailand’s outstanding hospitals and its services, and also with the right policies, it should not be difficult to promote Thailand as a retirement destination.

This letter to the Editor in the Bangkok Post from “Dr Hannson” has triggered off a strong response amongst expats and commentaries from the people who wants to return to Thailand.

We assumed that Dr Hannson was mentioning about Patong, although his comments could by far, would also be appropriate to other tourist towns like Kata, Karon, Kamala, Surin.

Nevertheless, Phuket has quite a large contingent of expats living almost permanently although Patong is not their primary choice for hanging out, most of them tends to be spread all over the resort island.

Still, the fact remains. Phuket has been gutted by the loss of tourists due to the government’s lockdowns and the banning of foreign tourists.

As the writer fittingly wrote, Hua Hin, Pattaya and some other tourist spots have made reasonable profits as those places are nearer to the capital and could easily be traveled by road. As for Phuket, it requires more expensive flights and has not benefitted from the special promotions of domestic tourism.

As a desirable place for retirement, the island resort has been a favourable choice of many, but as Dr Hannson mentioned, the government could make it a lot easier for foreigners to retire in Thailand and at the same time helping Phuket’s economy to revive, and to manage through future pandemics just like Covid-19, that ultimately cuts off tourist dollars and almost pushed us to global economy shutdown.