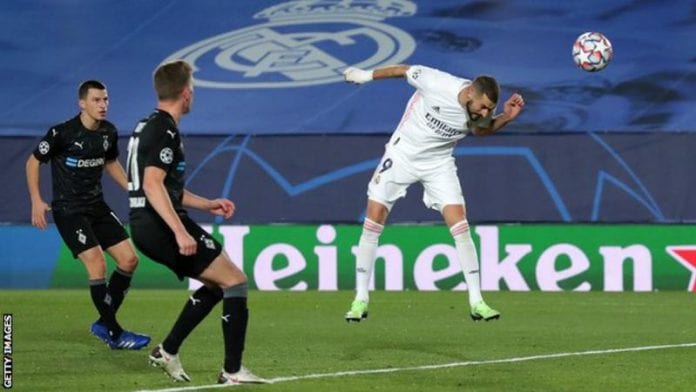 Inter Milan and Shakhtar Donetsk drew 0-0. Both sides required a win to qualify but they went out with the San Siro draw.

Real Madrid has reached the knockout rounds in all 25 of their Champions League matches and every season since 1996-1997 when they did not qualify for Europe.

They had 20 shots but could not find a way through against their Ukrainian guests. Goalkeeper Samir Handanovic came up for an injury-time corner and Shakhtar broke down the other end but could not get a shooting chance into an unguarded goal.

Shakhtar who beat Real Madrid both times drop into the Europa League.