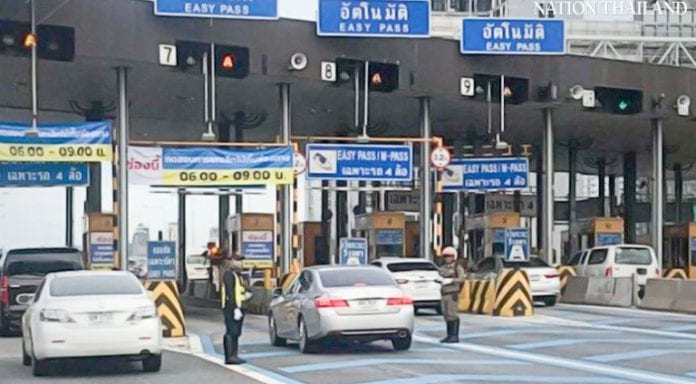 The toll fee will be waived on several expressways during public holidays in April.

Chakri Memorial Day will be observed on April 6 and Songkran Festival celebrations from April 13-15 which forms long holidays from April 10-15.

The government announced via its official Facebook page @ThaigovSpokeman on Monday.

“The move aims to eliminate congestion at toll booths and facilitate traffic flow, as well as reduce people’s financial burden.

On April 6 and April 13-15 the following expressways will be free: