December is probably most anticipated in Thailand because of the birthday of the King of Thailand’s birthday on December 5th.

In the western world, the festivities and celebrations of the Christmas period and ultimately New Year’s Eve are easily the most recognised. However there are also many lesser known and more frivolous days to consider.

Much to the chagrin of the Scrabulous inventors and the annoyance of Words with Friends, this granddaddy of word games is copyrighted. On this day in 1948, the U.S. Copyright Office made an honest board game out of Scrabble. In honour of this event, December 1st is recognised as National Scrabble Day.

December isn’t exactly lacking in opportunities to indulge in sweet treats, but today it’s your offbeat-holiday-given right to mix, bake, and/or eat as many cookies as your glycemic index can handle. It’s also not coincidental that this is the same day as the other special day of this month.

We have it on good authority, that this day was created at the North Pole. We interviewed Santa, and a few of his top elves. They tell us that they strive to make the first draft of Santa’s “Naughty” and “Nice” lists by this day. Santa told us that doing extra chores, or something special to help out around the house between now and Christmas, will get you off the “Naughty” list, and onto the “Nice” list.

The official website of Ninja Day alleges this holiday not only honors all things stealth and nunchucks, but also combats the more nautical offbeat holiday, “Talk Like a Pirate Day,” which takes place in September. Creep, sneak, or display ominous silence and masks, to correctly celebrate this international holiday.

Just a few decades ago, sending Christmas cards through the mail was a holiday “must”. Sending cards through the mail continues to be very popular. The cost and time for writing and sending cards has caused many people to stop sending them. Free Ecards have surged in popularity. Animated Christmas and seasonal Ecards have made sending and receiving them a lot of fun.

Swedish inventor Alfred Nobel may have died on this day in 1896, but his namesake continues to be honored through the world’s most prestigious award. In honor of his life, the Nobel Prize Ceremony is held every year on the day of his death.

We would love to tell you about the origin of this fest or how one goes about celebrating it, but, well, common decency prevents us.

Monkey Day is an annual celebration of all things simian, a festival of primates, a chance to scream like a monkey and throw food at whomever you choose. The origins of the holiday are unknown, though it has been observed since at least 2003. There’s no excuse for not celebrating this day in Thailand!

Cat herding is as difficult as it sounds. Founded by a California couple, National Cat Herder’s Day isn’t just for people who actually wrangle felines, but also those whose lives or jobs feel as if they are constantly herding around cats. If you’re feeling overwhelmed, perhaps it will help to add the celebration of this obscure holiday to your Saturday schedule.

We wish he could have been born on the 5th, too. But that doesn’t mean we can’t still listen to his famed 5th Symphony to celebrate his birthday. But if we’re playing the numbers game, he did happen to compose exactly 16 string quartets. 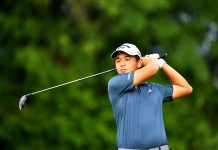 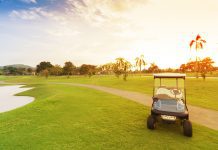 Golf carts, buggies to get taxed