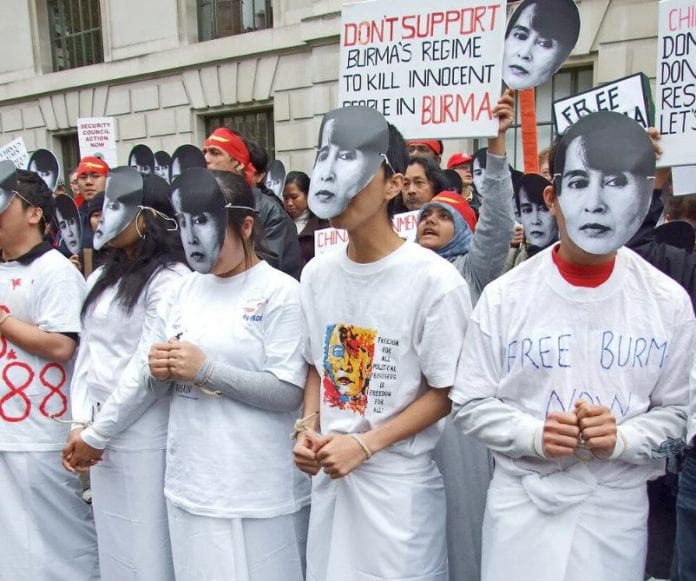 Myanmar’s military says it’s sad about those killed during the anti-coup protests but is not stopping its crackdown. The military says it will continue despite international condemnation and sanctions.

More than 260 people have been killed since February 1 coup, with the UN saying that number includes women and children.

Junta spokesman Zaw Min Tun, disputes that number, saying 164 people have died in a sorry, but not so sorry statement.

He stated, “I am so sad because these violent terrorist people who died are our nationals.”

The “violent terrorists’ that he is referring to, include those anti-coup protesters, who are demanding the release of Aung San Suu Kyi, the leader of the National League for Democracy.

The junta claims the results were fake and staged a coup leading to a military takeover of the country that has struggled with democracy for decades.

Violent crackdowns, media censorship, and arrest have sparked the UN to claim that the junta is likely committing crimes against humanity.

But the military seems unfazed as top leaders say they are willing to be isolated to obtain their goal.